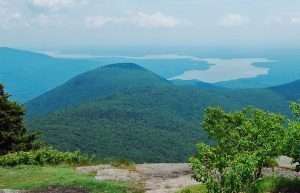 “Safeguarding water quality for Hudson Valley and Catskill communities is critical to ongoing efforts to protect New York City’s water supply,” DEC Commissioner Basil Seggos said. “Today’s announcement requires actions to further address impacts to water quality in the Ashokan Reservoir and connected waters in consideration of the thousands of comments DEC received from local residents and other stakeholders. DEC will continue to work with NYCDEP to ensure the ongoing protection of drinking water and natural resources.”

After releasing the draft SPDES permit and DEIS for public comment, DEC held public statement hearings on Feb. 3, and March 3, 2021, and an extended public comment period that ended June 16, 2021. Comments submitted by residents, elected officials, and other stakeholders addressed the need to reduce turbidity in the Ashokan Reservoir and connected waterbodies, including the Lower Esopus Creek. In addition, many commenters requested that NYCDEP look more closely at alternatives to address turbidity issues in the system.

The SDEIS will augment information included in the draft permit modification that incorporates turbidity control measures, including operation of the Ashokan Reservoir in accordance with the “Interim Release Protocol,” helping to improve water quality, mitigate potential flood impacts, protect critical fish and wildlife habitat in the Ashokan and downstream communities, and continue to provide a reliable supply of clean drinking water. The documents can be found on DEC’s website.

After NYCDEP submits the SDEIS and DEC determines it is complete, DEC will release the submission for public review and comment.

The draft SPDES permit modification and DEIS would codify and fulfill requirements in a 2013 Order on Consent between New York City and New York State. DEC and NYCDEP work closely with the Ashokan Release Working Group, which consists of municipal officials, environmental groups, community residents, and other stakeholders, to share information and input during the development of the DEIS and the draft permit.