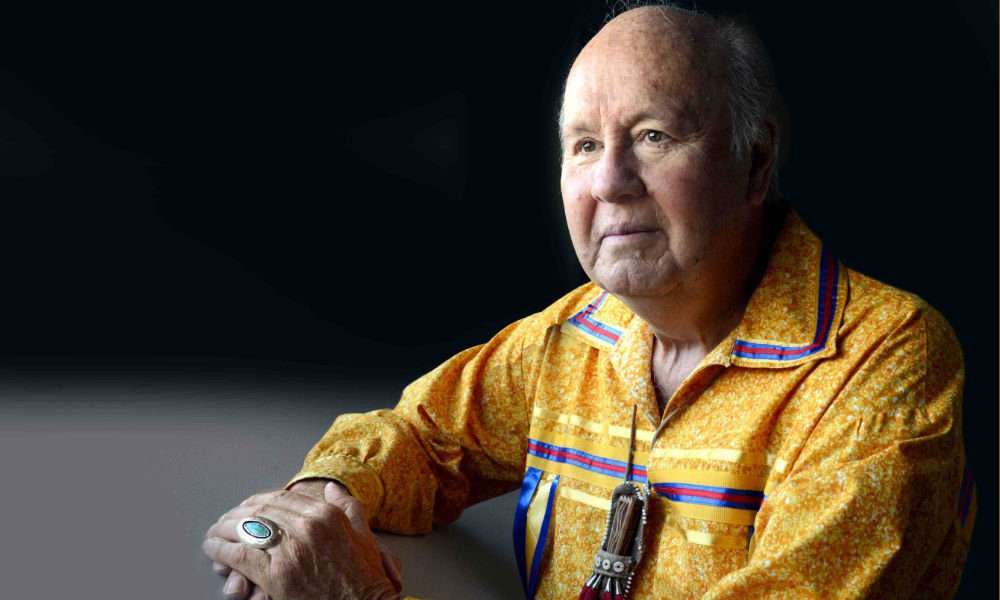 Since 1985, when he was chosen as the very first Ganondagan State Historic Site Manager, Peter Jemison (Seneca, Heron Clan). Now, more than 35 years later, he announces his retirement from that role as of February 1, 2022. Jamison will be succeeded by two individuals in two positions: Ansley Jemison (Seneca, Wolf Clan), Cultural Liaison, and Michael Galban (Washoe/Northern Paiute), Site Manager.

Ganondagan State Historic Site, also known as Boughton Hill, is a Native American historic site in Ontario County, New York. The location of the largest Seneca village of the 17th century, the site is in the present-day Town of Victor, southwest of the Village of Victor.

In the newly-created position of Cultural Liaison, Ansley Jemison is expected to collaborate with the Friends of Ganondagan, Seneca Nations of Indians, Tonawanda Seneca Nation, and the Haudenosaunee communities, sharing cultural knowledge with various constituents. Ansley was Residence Hall Director of Akwe:kon, the American Indian and Indigenous Studies Program House at Cornell University, and former executive director of the Iroquois Nationals.

Michael Galban comes to the Site Manager position from more than 30 years of work in various positions at Ganondagan, most recently as Curator. Galban has expert knowledge of Native American material culture and art, specializing in Eastern Woodland cultures. For over 20 years, he has been actively working with many Haudenosaunee communities to preserve ancient arts, often lecturing on the subject across the United States and Europe. Galban also serves on the Board of Directors of the Museum Association of NY.

Peter Jemison’s role as Historic Site Manager came with a myriad of responsibilities, to his employer — New York State Parks, Recreation, and Historic Preservation — the Seneca Nation, the Haudenosaunee Confederacy, schools, the local community, his staff, and area colleges. He did this all while being a traditional Faith Keeper to the Cattaraugus Reservation of the Seneca Nation.

Jemison said that “it has been an honor to be the first Historic Site Manager of Ganondagan. It has been the greatest learning experience of my life. Ganondagan gave me the opportunity to work with creative people in film, exhibit design, architecture, art, and dance. These things have been very rewarding, more than I could have imagined. I want to express my thanks to the staff, the Friends of Ganondagan, and the New York State Office of Parks for giving me this opportunity to manage Ganondagan.”

Peter Jemison was the driving force behind the building of two remarkable properties on the site: a full-size, Seneca Bark Longhouse replica in 1998, and the Seneca Art & Culture Center in 2015. The Center serves as a permanent, year-round interpretive facility that tells the story of the Seneca and Haudenosaunee contributions to art, culture, and society for more than 2,000 years to the present day. He also served as the producer, catalyst, and inspiration for the multi-award winning Iroquois Creation Story film, a collaboration among Friends of Ganondagan, Garth Fagan Dance, and the Rochester Institute of Technology School of Film and Animation.

In 1989, Jemison was instrumental in forming the not-for-profit educational organization, Friends of Ganondagan, to provide physical, spiritual, and financial support to Ganondagan State Historic Site, and to promote the vital message of peace through the Seneca and Haudenosaunee ideals of social justice, democracy and sustainability.

“As a former elected leader of the  Seneca Nation, it was a pleasure working with Peter on creating the vision he shared with us,” said Seneca Nation President Todd Gates. “I’ve always said we have to keep educating the world on what it is to be Seneca and, in a larger sense, Haudenosaunee. Ganondagan will continue to do that, and the changes will inspire the young and old to learn our history. I wish Peter well in his new endeavors. I am confident that with Michael Galban and Ansley Jemison’s experience and close association with Peter, they will be able to carry and build on his vision. ‘Jah goh’ (good job) Peter and the Friends of Ganondagan.”

Widely shown and collected, Jemison’s works are rooted in the framework of Native American art. Known for his naturalistic paintings and series of works done on brown paper bags, his art embodies orenda, the traditional Haudenosaunee belief that every living thing and every part of creation contains a spiritual force. His paintings, videos, and mixed media works have been exhibited in numerous solo and group exhibitions in the U.S., the U.K., Canada, New Zealand, and Germany.