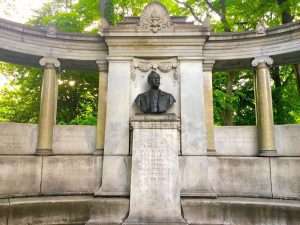 Richard Morris Hunt (1827 -1895) was known as the “Dean of American Architects.” In addition to raising the discipline of architecture to the status of a profession in the United States, Hunt also revolutionized apartment living in New York, created the nation’s first “studio apartment,” and gave the city of New York some of its most beloved architectural gems.

Along the way, Hunt helped transform New York’s built environment, by championing the City Beautiful Movement, and founding civic organizations like the Municipal Art Society, and the American Institute of Architects.

The Historic Districts Council will host a virtual walking tour looking at Richard Morris Hunt’s work as an architect, a planner and a steward of the city of New York, set for January 12th.

This program will take place from 5 to 6 pm, and will be held via Zoom. Cost is $25 for Friends of HDC and seniors, $30 for general admission. For more information or to register, click here.