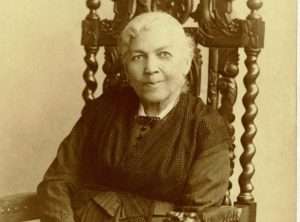 “The dream of my life is not yet realized…I still long for a hearthstone of my own.” (Harriet Jacobs in Incidents in the Life of a Slave Girl (1861).

In 1852, Harriet Jacobs became legally free, but not independent as she yearned. She continued her job as nursemaid for the family of Nathaniel Parker Willis, then editor of the trend-setting magazine Home Journal and one of the country’s most famous authors. The needs of the Willises usually took precedence over her own.

When the family moved to Cornwall, in Orange County, NY, she went too. There, in fits and starts, over the course of more than five years, she wrote the book about her life still read today – Incidents in the Life of a Slave Girl. 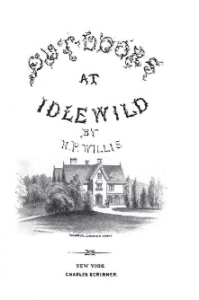 Idlewild on the Hudson

“We are established in the new house at Idlewild… I hope you see it for it is a beautiful spot.” (Harriet Jacobs to Amy Post, Letter, August 19, 1853)

Tired of the city of New York, Willis set out for life as a country gentleman. His fame had started to skitter into scandal. In a highly publicized divorce trial, theatre actor Edwin Forrest accused Willis of adultery with his wife Catharine. He was ridiculed in the press. His always-fragile health worsened.

When Willis saw the “craggy ravine” high above the Hudson River, he decided to set “my cottage amid an old wood,” as he later over-modestly described the place he named Idlewild. The architect Calvert Vaux designed a spacious house that took full advantage of the surrounding 50 acres of dramatic landscape. (Vaux went on to team up with Frederick Law Olmstead to design Central Park, among other high-profile commissions.)

The 1855 New York State Census lists the household consisting of N.P. and Cornelia Willis, four children (a fifth was born in 1857), five servants (including Jacobs), and a laborer.

Other famous writers, most notably Washington Irving, lived within visiting distance. With the city of New York just two hours away by steamer, Willis freely invited guests to his “eddy of still life.” And because he regularly wrote about Idlewild in Home Journal, curious readers regularly wandered in. It fell to his wife and the servants to bear the brunt of his hospitality and accommodate the visitors.

“Your proposal to me has been thought over and over again but not without some most painful remembrances.” (Harriet Jacobs to Amy Post, Letter, late 1852-early 1853)

Harriet Jacobs would have remained unknown today, but for her decision to share her life’s story. Encouraged by her friend Amy Post, an abolitionist with whom she had lived in Rochester in the late 1840s, she decided to write about her past, including how she was enslaved in North Carolina, escaped, lived fearful of recapture, and became legally free. But she feared exposing her personal life in public. Her past included something that the moral conventions of the day pretended did not exist — the reality that Black enslaved women endured sexual exploitation by white men. Ultimately, she decided to tell her truth because, she told Post, “if it could help save another from my fate, it would be selfish and unchristian to keep it back.”

Jacobs lived in the home of one of the most prolific and well-connected writers in America, yet she did not tell him what she was doing, much less ask for help. She sensed he would oppose it. As Jacobs told Post, “Mr W is too proslavery, he would tell me that it [publishing her story] was very wrong….” She was probably right. Despite liking Jacobs personally, or at least recognizing her value to his family, he wrote articles that accepted Southern arguments about slavery and made sure the Home Journal avoided anything to alienate Southern subscribers.

Instead, Jacobs tried to interest Harriet Beecher Stowe, whom she considered more sympathetic as a woman and author of Uncle Tom’s Cabin, to write about her. That idea backfired. When Amy Post approached Stowe on Jacobs’s behalf, Stowe replied only that she would insert the details of Jacobs’s life into her own work-in-progress, a nonfiction book published in 1853 entitled A Key to Uncle Tom’s Cabin.

Refusing to have her life’s story appropriated, Jacobs realized she had to write it herself. Several books by men, most notably Frederick Douglass, showed the power of first-person narratives about slavery. But no enslaved Black woman had published her own story. 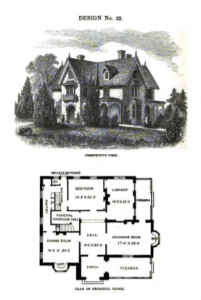 “I must stop for I am in the only spot where I have a light — and the mosquitos have taken possession of me.” (Harriet Jacobs to Amy Post, Letter, June 21, 1857)

As Willis wrote in his cozy den, filled with books and bric-a-brac, he looked out at the Hudson — to the “steamers, tow-boats, sloops, rafts, yachts, schooners, and barges” that “pass daily under my library window.” When he needed inspiration or a story idea, he wandered through the hemlocks or near a brook that flowed down a steep ravine.

Meanwhile, upstairs in her small bedroom, Jacobs struggled to find the time, energy, and emotional space to write. Chores and children demanded her attention. “Housekeeping and looking after the Children occupy every moment of my time,” she told Post. What’s more, the Willises had a succession of health problems that meant extra work for Jacobs, and Jacobs herself was diagnosed with “a tumer in her womb.” No surprise that in 1854, she told Post “as yet I have not written a single page by daylight.”

Finally in 1857, she felt she had completed a manuscript in which she had “striven faithfully to give a true and just account of my own life in slavery.” 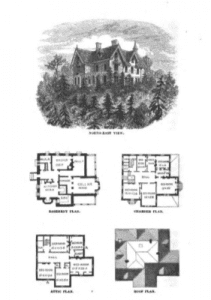 “We have read this unpretending work with much pleasure…you feel less as though you were reading a book than talking with the woman herself.” (Anti-Slavery Bugle)

Without Willis and his publishing connections as an option, Jacobs had to figure out how to publish her book. She presented it to well-placed abolitionists in Boston and even in England. Whether because the author was an unknown Black woman, her frank discussion of sexuality, or other reasons, no one helped her bring the manuscript forward until 1860. 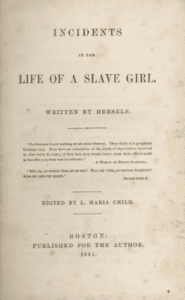 A long-time friend and Boston abolitionist, William Nell, introduced her to Lydia Maria Child, who offered to serve as a combination editor and literary agent. Child had written publications that ranged from a defense of John Brown to a best-seller, The American Frugal Housewife.

Child later wrote that she “changed little” of the manuscript as the author and editor worked back and forth. But Child also “signed and sealed the contract” with a publisher without, it would seem, much input from Jacobs. When the book came out in April 1861, its front bookplate said it was “written by herself” (Jacobs had already decided to use the pseudonym Linda Brent) with Child as editor and copyright holder.

It was, however, known that Jacobs was Linda Brent, and she actively promoted the book. The abolitionist press reviewed it positively. Willis did not review it in the Home Journal and there is no record of what he thought of it, for surely he knew of it.

Although Incidents in the Life of a Slave Girl did not sell as well as Jacobs had hoped, it opened her to new possibilities. The Civil War began in April 1861 and, the following year, William Lloyd Garrison asked her to travel to Washington to report for his newspaper The Liberator. Her long article about people escaping slavery by coming across Union lines led many Northern organizations to sponsor teachers, nurses, and relief agents to travel south to assist them.

Jacobs herself became part of that movement. Sponsored by the New York Society of Friends, she moved to Alexandria, Virginia in early 1863, to assist in relief efforts for thousands of people who crossed into the Union-occupied town to escape slavery.

After Nathaniel Parker Willis died in 1867, his widow sold Idlewild. His published works fell into oblivion. Of the two authors at Idlewild, it is the work of Harriet Jacobs that endures.

This is the conclusion of “Harriet Jacobs in New York.” The first part can be found here. To be sure you receive all of New York Almanack‘s stories, subscribe for free here.

Illustrations, from above: Gilbert Studios photograph of Harriet Jacobs, made in 1894; Willis published Outdoors at Idlewild, a compilation of essays, in 1855; top (including Jacobs attic room) and basement floors of Idlewild; Cottage Architecture by Calvert Vaux; and cover page of the first edition of Incidents in the Life of a Slave Girl (1861).

Paula Tarnapol Whitacre is a writer and editor in Alexandria, Virginia. Her book A Civil Life in an Uncivil Time: Julia Wilbur’s Struggle for Purpose is a biography of a Rochester-area abolitionist who worked alongside Harriet Jacobs during the Civil War and became her lifelong friend. For more information on Jacobs, Wilbur, and related topics, visit her website.