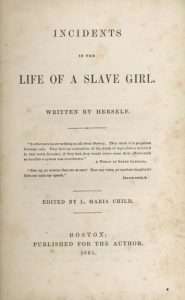 “A handsome book of 306 pages, just issued, which is receiving highly commendatory notices from the press.”

So announced the abolitionist Liberator about the 1861 publication of Incidents in the Life of a Slave Girl, a book written by Harriet Jacobs about her life in slavery and seeking freedom. Forgotten for many decades, it is one of the only known books written by an enslaved Black woman. Most of the book takes place in the coastal town of Edenton, North Carolina, where Jacobs was born in 1815.

New York State also plays a large, if lesser-known role in the life of Harriet Jacobs, who escaped to the city of New York in 1842 and lived there at two separate times. She also lived in Rochester and in Cornwall, Orange County, where she spent years writing the powerful book that is read and cherished today. 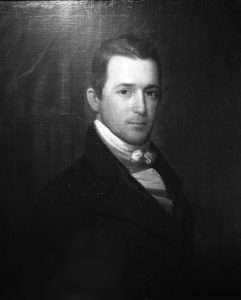 In addition to her own telling in Incidents, many books and websites detail Jacobs’s early years. Here are the barest of details to understand how she got to New York.

Harriet Jacobs grew up in a close family, with her grandmother an especially strong figure. As an enslaved girl however, Jacobs was forced to live and work in the household of James Norcom. He was a prominent physician — and a sexual predator. To gain some protection from his assaults, Jacobs made the difficult choice to enter into a relationship with Samuel Sawyer, another member of Edenton, North Carolina’s white elite. She gave birth to a son and daughter, Joseph in 1829 and Louisa in 1833.

When Sawyer would not help her leave the clutches of the Norcoms, Jacobs decided to escape on her own in 1835. Her family hid her in the attic of her grandmother’s home until she could be smuggled away by sea. What was expected to last weeks or maybe months turned into an excruciating seven years in that physically and psychologically confining space, known to only a trusted few.

Jacobs had the strength to last until 1842, when her uncle finally located a ship captain who would take her to Philadelphia. During that time, Sawyer sent daughter Louisa to live with his cousins in Brooklyn. Thus, Jacobs stayed in Philadelphia only long enough to make arrangements to reach New York. 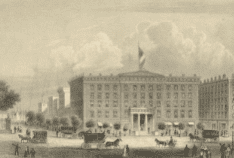 “When we arrived in New York, I was half crazed by the crowd of coachmen calling out ‘Carriage, ma’am?,’” Jacobs wrote in Incidents.

She was initially overwhelmed by the city, starting with the cacophony and confusion at the depot, which she recounted in her memoir. Fortunately, a community of people, many with Edenton connections, helped her settle in. Through them, she located Louisa and found a job.

Jacobs was hired to care for the baby of Mary and Nathaniel Parker Willis at the Astor Hotel on Broadway. The Willises had joined many “in” couples who took up residence in the city’s finest hotel. By chance, Jacobs entered the household of one of the most famous authors of the time; N.P. Willis (he preferred his initials as his byline) was a prolific poet, essayist, and magazine editor. Of more immediate import to Jacobs, Mary Willis, his British-born wife, “proved a true and sympathizing friend,” identified as “Mrs. Bruce” in Incidents. 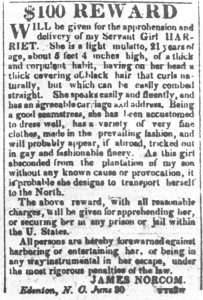 New York was not Jacobs’s hoped-for haven of freedom. She was still legally enslaved, thus legally susceptible to capture. Especially in summer, she wrote, “the city was swarming with Southerners, some of whom might recognize me.” She also deplored the racism that she and other Blacks experienced every day, the “manifestations of that cruel prejudice” — segregated trains, refusal to be served a meal, rude treatment, and more. Meanwhile, her daughter Louisa was essentially an unpaid servant in Brooklyn, with the threat that she could be returned to North Carolina at any time.

At least twice, James Norcom traveled to New York where his own network of acquaintances could help track her down. In 1844, with Mary Willis’s help, Jacobs left New York for Boston.

Little did she know that she would never see Mary Willis again — but that she would return to New York and that her connection with the Willises would last for decades.

“Rochester is looking very pretty, the trees are in full bloom and the earth seems covered with a green mantle” Harriet Jacobs wrote in a letter to Amy Post in 1849.

When Harriet Jacobs wrote that description, she had been living with noted Rochester social reformers Isaac and Amy Post for about two months. Her brother John, who had separately managed to escape from slavery, moved to Rochester to work alongside Frederick Douglass, and he encouraged Jacobs to join him. Living with the Posts, who were deeply involved in abolitionism and women’s rights, Jacobs’s worldview further expanded. 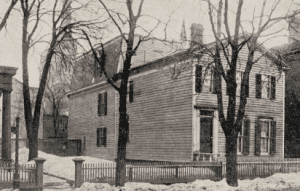 She also had a momentous brush with freedom sandwiched between living in the city of New York and Rochester. In 1845, while in Boston, she received the tragic news that Mary Willis had died in childbirth. The news came with a surprising request — that Jacobs accompany N.P. Willis and his surviving child to England to visit Mary’s British family. During her 10 months in England, Jacobs wrote, she could breathe “for the first time, with the delightful consciousness of pure, unadulterated freedom.”

Back in America, Jacobs and the Willises again (temporarily, it turns out) parted ways. Her stay in England deepened her consciousness of the basic rights due her as an American. Those rights eluded her in her native country, but Rochester provided community and support. Another jolt came with passage of the Fugitive Slave Act in 1850, which made her and many others more vulnerable. Her brother and son left for California, for the Gold Rush of 1849. Torn about what to do, Jacobs stayed in New York with her daughter. 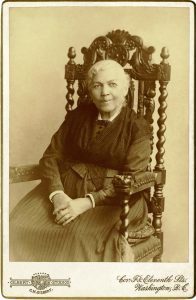 In fall 1850, Jacobs reconnected with the Willis family. Willis had remarried in 1846, and he and his second wife, Cornelia Grinnell Willis, lived on fashionable Washington Square in Manhattan. “It was proposed that I should become nurse to the[ir] new infant,” Jacobs wrote, as she “resolved to try the experiment.” Cornelia Willis promised she would shield Jacobs from capture — and was soon tested on that promise.

Although slaveholder James Norcom died late in 1850, the threat to Jacobs’s safety did not abate. In early 1852, Norcom’s daughter and son-in-law tracked her down to the Willises’s house. Cornelia pressed Jacobs to flee to New Bedford, Massachusetts, her hometown. Jacobs initially resisted, but finally agreed when she realized that her daughter might be endangered too. Cornelia also went through intermediaries to purchase Jacobs legal freedom for $300.

A few days later, Jacobs returned to New York — legally free, relieved, yet angry and conflicted that her freedom came down to a property transaction, or as she wrote, a “human being sold in the free city of New York.”

Harriet Jacobs ended Incidents in the Life of a Slave Girl at this point of her life. But there was more to her story, including her struggle to write and publish the book, all the while living in Cornwall, working in the home N.P. Willis built overlooking the Hudson River.

This is part one of “Harriet Jacobs in New York.” The conclusion can be found here. To be sure you receive all of New York Almanack‘s stories, subscribe for free here.

Paula Tarnapol Whitacre is a writer and editor in Alexandria, Virginia. Her book A Civil Life in an Uncivil Time: Julia Wilbur’s Struggle for Purpose is a biography of a Rochester-area abolitionist who worked alongside Harriet Jacobs during the Civil War and became her lifelong friend. For more information on Jacobs, Wilbur, and related topics, visit her website.