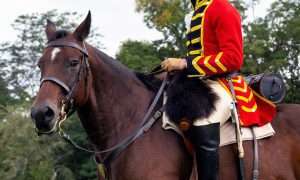 Fort Ticonderoga’s wintertime Fort Fever Series is set to return on Wednesday, January 26th at 7 pm, with “Brace Yourself with Holsters,” a program with Fort Ticonderoga Vice President of Public History Stuart Lilie looking at the common details of 18th-century holsters and their rapid evolution on the eve of the Revolutionary War.

“Highlights from the Mars Education Center Archaeological Excavations” on February 23rd at 7 pm. Fort Ticonderoga Director of Archaeology Margaret Staudter will lead an exploration of artifact highlights excavated prior to the building of the Mars Education Center in 2008. The fascinating objects represent the material lives of the French, British, and American individuals who lived at Fort Ticonderoga in the 18th century, as well as the many travelers to the grounds in the following decades.

“President Taft Comes to Ticonderoga” on March 23rd at 7 pm. President William Howard Taft came to Fort Ticonderoga on July 6th, 1909, as part of the Champlain Tercentenary Celebrations. Thousands flocked to the Ticonderoga peninsula to see the President and commemorate the 300th anniversary of Samuel de Champlain’s arrival on the lake that bears his name in 1609. Fort Ticonderoga Director of Academic Programs Rich Strum will look at the preparation leading up to the event, the day’s festivities, and the route Taft took to arrive in time for the celebration.

The Fort Fever Series takes place virtually on Zoom, unless otherwise noted. Tickets are $10 per person and can be purchased on Fort Ticonderoga’s website. For more information on programs and events at Fort Ticonderoga, call (518) 585-2821.

Photo of “Brace Yourself With Holsters” program at Fort Ticonderoga provided.