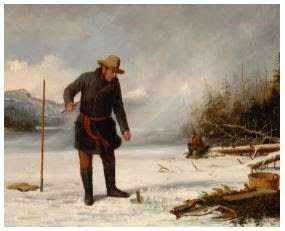 The Adirondack Experience, The Museum on Blue Mountain Lake, (ADKX, formerly known as the Adirondack Museum) has received a $500,000 grant from the Challenge Grants program of the National Endowment for the Humanities (NEH), a federal agency. The funds will help support the $2.25M construction cost of a new Artists & Inspiration in the Wild exhibition effort. 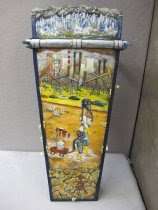 This funding is in support of the renovation of a 6,200-square-foot exhibition space dedicated to the museum’s fine and decorative art collection. Planned upgrades to an existing building will make possible the first permanent home with appropriate climate controls and gallery spaces for this collection. Artists & Inspiration in the Wild is expected to include over 300 items from ADKX’s collection.

If completed as expected, in 2023 the building will provide permanent galleries dedicated to the most comprehensive showing of the ADKX’s collection of art in the museum’s 60-plus-year history. Artists & Inspiration in the Wild is expected to include masterpieces from the museum’s painting, decorative arts, furniture, print, drawing, and photograph collections placed in the context of the landscape that inspired their creation.

The building’s four primary galleries are planned to highlight how the natural features of the Adirondacks, such as light, water, forests, and mountains, have captured the devotion and inspired painters, sculptors, architects, writers, and expert artisans for generations.

The galleries will be able to emphasize the stories and creative innovations of a wide range of artists, from renowned figures such as Thomas Cole, Seneca Ray Stoddard, Arthur F. Tait, and Rockwell Kent, as well as pioneering but perhaps lesser-known individuals like Edna West Teall, Margaret Bourke White, Bumpei Usai, and Takeyce Walter. Works by contemporary Mohawk painters, sculptors, and basketmakers such as Babe and Carla Hemlock, Benjamin Benedict, and Carrie Hill will also be featured.

The installations will include video and sound installations as well as interactive and immersive content. A book based on Artists & Inspiration in the Wild is planned to be published in 2023.

Artists & Inspiration in the Wild continues the museum’s recent efforts to reinvigorate the campus and emphasize visitor engagement and experience. This effort began in 2017 with the opening of an $8 million, 19,000-square-foot permanent installation, Life in the Adirondacks.

As part of the Challenge Grant requirements, ADKX must match the funds 3:1. ADKX is in the final phase of fundraising for this project during which they will be seeking funds to match the NEH Challenge Grant. Currently ADKX has raised $3M of the $4.5M overall cost of the project.

This grant was secured following a highly competitive application and review process. NEH receives funding requests from across the U.S. and makes grants to a select few. Just eight Challenge Grants were made at the $500,000 level or more in the current round of NEH funding. In addition to ADKX, other recipients included the Los Angeles County Museum of Art, a Carnegie library in Braddock, Pennsylvania, and television station WETA, which serves the Washington, DC area.

Illustrations, from above: Fishing Through the Ice, 1854, Arthur Fitzwilliam Tait (1819-1905) Oil on canvas; So Be It Our Minds, 2016 Carla & Babe Hemlock Carved Wooden Cradleboard; and St. Regis Reservation, 1937, Amy Wisher Jones, Oil on Masonite.