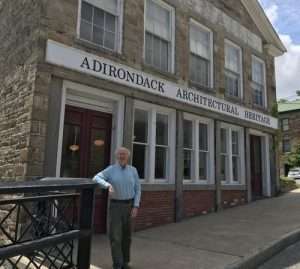 Since 1990, Engelhart has strengthened historic preservation efforts in the Adirondacks, bringing to light the role that its diverse and often underappreciated communities have played in shaping statewide heritage.

With over 40 years of experience in the field of historic preservation, Engelhart has become a leading voice in preservation efforts throughout this underserved region and a readily identifiable leader in saving its treasured places. Upon his retirement at the end of 2021, Engelhart will no doubt remain an ally for saving the places that matter in the Adirondacks.