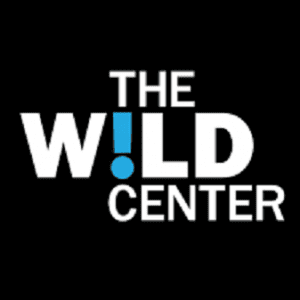 When world leaders convene in Scotland for critical climate change negotiations later this month, The Wild Center’s Youth Climate Program will be there.

The Tupper Lake, NY organization is sending a nine-person delegation to Glasgow for COP26, the 26th United Nations Climate Change Conference of the Parties. The Wild Center’s delegates will have a front-row seat as representatives from 197 countries seek solutions to mitigate ongoing effects of climate change.

“Youth voices need to be part of the discussion on climate change action, because youth are going to be needed for leading climate change action,” Wild Center’s executive director Stephanie Ratcliffe said in an announcement sent to the press. “Our Youth Climate Program has already empowered thousands of students around the world to be forces for change in their communities. Participating in COP26 is an incredible opportunity for our delegates not just to be heard, but to gain critical understanding into the way power works—and how they use their own.”

The Wild Center is one of just two museums worldwide to be awarded observer badges to the upcoming COP26 talks, which run from Oct. 31-Nov. 12. The accreditation allows Youth Climate Program delegates inside access to panels and discussions closed to the public.

Presidents and prime ministers from more than 100 countries, including President Joe Biden, are expected at the conference, which UN officials hope to lead to major reductions in greenhouse gas emissions by 2030. The Wild Center delegates are also expected to contribute to a youth-led policy statement being developed during the conference, and post regular updates of their observations online.

“We want to use our presence at COP26 to drive a greater awareness of the power of our Youth Climate Summit model,” Ratcliffe said. “But we also want to use our participation to highlight to all our visitors that they can take action, also. This work needs to be done on multiple levels. We’re all responsible for doing what we can.”

In addition, The Wild Center will send Ratcliffe; Karen Thomas, chair of the museum’s Board of Trustees; and Jen Kretser, director of climate initiatives, to COP26.

Kretser, who attended the Paris conference, said the experience would likely affect The Wild Center’s youth delegates in ways they can’t imagine. “It’s incredibly empowering to be in a place with thousands of other people, all pushing world leaders to do the right thing for people and the planet,” Kretser said. “We’ve led the way for communities across the globe to do what they can. But true societal changes take bigger action than any one place can act on. Knowing that our youth delegates will have a chance to not only attend, but witness these discussions firsthand, gives me incredible hope for what’s to come.”