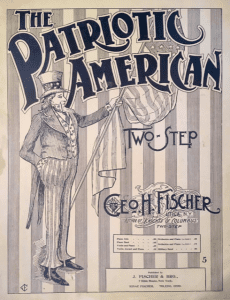 Professor George H. Fischer (1869-1952) was a well-known Utica composer of sacred music, organ lesson books, and military marches. Fisher was invited to sit in with John Phillip Sousa and his band during a concert at the Utica Opera House on April 1st, 1897.