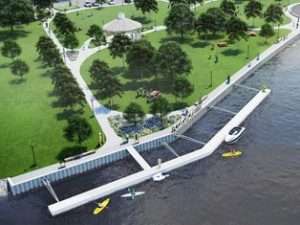 The first state boat launch on the Hudson River to be upgraded under the Hudson Eagles Recreation Area program will be the Coxsackie State Boat Launch in the village’s Riverside Park.

Construction of the $3.2 million project began in September and is expected to be completed by spring 2022. It starts an initiative to improve public access and resiliency on the Hudson River between Albany and Kingston, while enhancing connections to waterfront communities in the region.

Improvements to the village park include a new pavilion, enhanced landscaping and seating, a renovated basketball court, improved pedestrian and bike pathways between the waterfront and downtown, and new sidewalks.