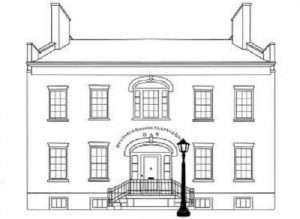 The Hendrick Hudson Chapter of the Daughters of the American Revolution will continue their 2021 speaker series on Monday, October 18th with Gretchen Maresco, the chapter’s Registrar, who will recount some of her interesting experiences helping women find their ancestors.

She has been researching her own family history since 2004 and has helped dozens of women join the DAR — in her own chapter, across New York State, and in many other states. She served as Chairman of the New York State Organization DAR Lineage Research Committee for six years and still serves as a Vice Chairman. She has held many lineage research workshops for those who want to learn about their family history and frequently volunteers to help people solve some of the “brick walls” in their family history.

Maresco holds a masters degree in educational psychology from the University at Albany. Before her retirement, she worked as an editor for the New York State Education Department for over 30 years, where she supervised the editorial office for the Regents examination program. She credits her experience as an editor for giving her the attention to detail and the research skills that helped her become an accomplished genealogy researcher.

The talk will will begin at 2 pm and be held via Zoom. Registration is required and can be completed on the chapter website.