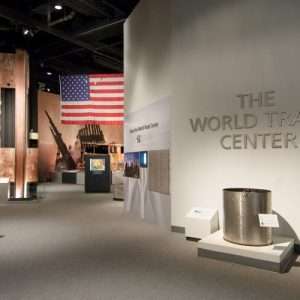 The New York State Museum has announced “WTC Commuters: Selections from the Kristen Artz Collection,” a new exhibit commemorating of the 20th anniversary of 9/11, set to open on September 11th in the World Trade Center Gallery.

“WTC Commuters: Selections from the Kristen Artz Collection” features a selection of photographs of daily life at the World Trade Center. The images include several dozen people from every walk of life in the original mall at the World Trade Center. Shot in the days before handheld devices, people are seen rushing by with coffee, others reading the paper, and some are just gazing into space.

The New York State Museum will also be hosting a virtual tour of the exhibit, “World Trade Center: Rescue, Recovery, Response” on Saturday, September 11th, 2021 at 10 am.

For more information or to view the virtual tour, visit the New York State Museum website.