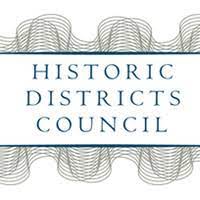 The Historic Districts Council (HDC), New York City’s advocate for all its historic neighborhoods, has announced that its Executive Director Simeon Bankoff has stepped down to pursue new opportunities.

Bankoff has led the organization, which celebrated its 50th anniversary in 2020, for over twenty years. His final day at HDC was September 17th.

The HDC Board’s Executive Committee has selected Lorna Nowvé as HDC’s Interim Executive Director. She will start on October 12th.

Nowvé has a long association with HDC, which began while it was under the auspices of the Municipal Art Society. Her work with the Art Society also included the fight to save Grand Central and the establishment of the Upper East Side Historic District.

As the Associate Director of the Bryant Park Restoration Corporation, she was part of the team that developed and won approval for the plan to revitalize the park. She is an acclaimed member of the New York film and television community, producing films and documentaries and working on the production staffs of countless projects. Her multi faceted career also includes leadership roles in the Asian American Film Lab, the Nantucket Film Festival, and the New York Preservation Archive Project’s Preservation Film Festival. Nowvé is a native New Yorker who grew up in the Bronx and now resides on the Upper West Side.

HDC’s Board is expected to launch a national search for a new permanent Executive Director this fall.