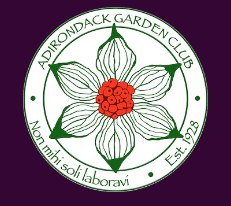 For many of the 17 years Barbara Hail has been a member of the Adirondack Garden Club, she served as the history and archives committee chair. In a club that was founded in 1928, the sheer volume of documents and artifacts collected over those years, combined with the commitment to accurately preserve club records, made Hail’s job no small task.

Under Hail’s leadership, however, the Adirondack Garden Club’s extensive collections, currently housed in the Hand House in Elizabethtown, are in excellent order.

It’s a calling that came naturally to Hail, who retired in June 2002 from her position as Deputy Director and Curator and subsequently Curator Emerita of the Haffenreffer Museum of Anthropology at Brown University. She trained in history and anthropology at Brown, Cornell, and Columbia universities, with particular research interests including North American material culture, ethnology and ethnohistory. And if that is not enough, she also found time to study French and Latin, author two books, and raise seven children.

Now Hail is stepping down from her position with the club and has passed the baton to Annie Smith, who will continue the club’s traditional attention to its history.

At its annual meeting in September, the Garden Club honored Hail for her years of service, awarding her the Gretta Prince Memorial GCA Cachepot. This award was established in 1993 by Happy Marsh in honor of her mother, and is given annually to a member recognizing significant contributions to the Club.

Founded in 1928, the Adirondack Garden Club’s mission is to stimulate the knowledge and love of gardening, to aid in the protection of native plants and birds, and to encourage civic planting, and the conservation of our natural resources. In 1933, the club joined The Garden Club of America, a volunteer, nonprofit 501(c)3 organization of 200 member clubs and approximately 18,000 club members throughout the U.S.

The Adirondack Garden Club’s purpose is the conservation of the plants, shrubs and trees native to the Adirondack region, and the making of both wild and cultivated gardens characteristic of the environment in which they are placed, the furthering of the cultivation of gardens throughout the Adirondack area, and the promotion of civic conservation and beautification. More information is available on the club’s website.