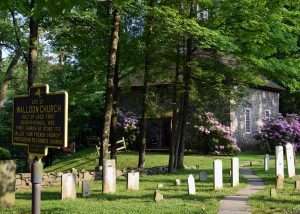 Gregory Bynum, recorder, has studied with Marion Verbruggen, Han Tol, and Mattias Weilenman. He has performed with members of the Mannes School of Music and SUNY New Paltz music faculties, and with Yale music faculty including Jaap Schroeder. Mr. Bynum has taught at the Bloomingdale House of Music in Manhattan and has performed at many venues including the Morris-Jumel Mansion, the Middletown Thrall Library, and the Old Stone House in Brooklyn. As a guest performer with Brooklyn Baroque, he can be heard on the ensemble’s recordings Northern Lights, The Pleasures of the French, and a recording of Beth Anderson’s music entitled The Praying Mantis and the Bluebird (MSR Classics). He has appeared on WKCR and appears on the Quill Classics YouTube channel with Ensemble Luini. Mr. Bynum is Associate Professor in the School of Education at SUNY New Paltz, and the founder of the Music at Morris-Jumel chamber music series.

Joël Evans, oboist and solo English hornist with the Hudson Valley Philharmonic, has been a familiar musical voice in the valley for many years. He is oboist with the Poné Ensemble and plays baroque and classical oboes with Hudson Valley Baroque, the resident historic ensemble at SUNY New Paltz where he also serves as Emeritus Professor of music.

Dr. Evans has performed with the American Symphony Orchestra, the Atlantic Chamber Orchestra, and was principal oboist of the Albany Symphony from 1982 to 1985. He leads a busy teaching schedule and has played numerous TV and radio advertisements. Joël has recorded for Philo, Rounder, Koch International, CRI, New World, and his playing has been heard all over the US, Canada, Europe, Russia and the Far East. He has appeared as a featured soloist at Lincoln Center, Tanglewood, Saratoga, the Charles Ives Center, and Carnegie Hall. Joël retired as principal oboist of the West Point Band after nearly thirty years of service. Dr. Evans holds degrees from the University of Maine, Columbia University and the City University of New York.

Ruthanne Schempf is an active chamber and solo musician in the Hudson Valley. She is on the faculties of SUNY-New Paltz and Interlochen Arts Camp, and is a member of the Poné Ensemble for New Music. She is also a co-founder of the non-profit Hudson Valley Society for Music which produces Potluck Concerts and an annual Hudson Valley BachFest. Dr. Schempf maintains a busy piano teaching studio and is the organist & choir director at the Cornwall Presbyterian Church. She earned undergraduate and masters degrees from Michigan State University and a D.M.A. from the Manhattan School of Music. Her solo piano recording, An American Mirage: Exotic Piano Images, was released in March of 2009 on the MSR Classics label. In her spare time, she likes to ski, garden, and dabble in various domestic activities. She is married to oboist, Joël Evans.

Susan Seligman has been principal cellist with the Hudson Valley Philharmonic since 1984. She is a member of the Hudson Valley Philharmonic String Quartet, the piano trio Innisfree, the Poné Ensemble featuring new and American chamber music, Hudson Valley Baroque, and the Hudson Consort. In 1999, Ms. Seligman was favorably reviewed in the New York Times for her performance in works of Robert Starer. In the summer, Ms. Seligman is on the faculty of the Chamber Music Institute at Ithaca College. During the academic year, she is on the faculty of SUNY New Paltz and has a busy private cello studio as well. Her discography includes CDs on the Albany, Soundspells, and Parnassus Records labels. A recent recording with Innisfree of the music of Henry Martin includes Sonata No. 1 for Solo Cello, written for her by the composer.

General admission is $8; discounted admission is $5 (HHS members, seniors, active military members, and veterans); children under 6 are free to attend.