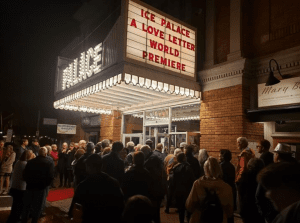 ● A special tribute dinner with Raoul Peck, director, writer, and producer of Oscar-nominated documentary, I Am Not Your Negro, and the recent HBO docu-series, Exterminate All the Brutes on Friday, October 22nd. This event will feature a discussion between Mr. Peck and Jeffrey Brown, a senior correspondent on the PBS NewsHour;

● An array of regional premieres of independent, local and short films that will be open to the public. Films will include the 2021 Your Shorts are Showing short film program and 2020 shorts finalists, including the 2020 winner, The King and the Pawn, an animated film directed by Caleb Blue;

● An opening night cocktail reception on Thursday, October 21st to celebrate the 20th Anniversary of the Lake Placid Film Festival, featuring a preview of each feature length film showing at the Festival;

● Industry events, including panels and education seminars; and

● Q&As with filmmakers after select movies.

Beyond the festival, the organization will continue advancing the art and appreciation of film and filmmaking in the Adirondack region with events such as the spring streaming of the Select Filmmakers’ Series, monthly films during the winter and spring at the Lake Placid Center of the Arts, and special summer presentations in many of the Adirondack region’s Historic Theaters.