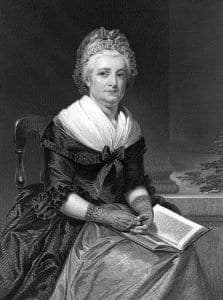 Nominations for the Martha Washington Woman of History Award, given to a woman who has distinguished herself in the field of Hudson Valley history, are currently being sought. The award is presented at Washington’s Headquarters’s annual program,“The General’s Lady,” held in the spring, during Women’s History Month.

The Woman of History award acknowledges Martha Washington’s important place in history as a devoted patriot in support of the American Revolution and the ensuing new nation. This will be the twentieth year the award is given, continuing the site’s desire to honor women who carry on Martha Washington’s legacy by sharing in their devotion to Hudson Valley history.

Along with 2021 recipient, Sue Gardner, previous recipients of the award are: