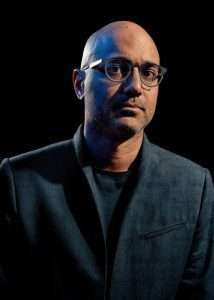 The NYS Author and NYS Poet ceremony serves as the official kickoff event for the 4th Annual Albany Book Festival hosted by the NYS Writers Institute — 10:30 am through 5 pm Saturday, September 25th. Both events are free are open to the public and will be held at UAlbany’s Uptown Campus, 1400 Washington Avenue.

“We offer our heartiest congratulations to Ayad Akhtar and Willie Perdomo,” said Writers Institute Director Paul Grondahl. “These two outstanding writers with New York roots are worthy recipients of these prestigious honors. We celebrate their singular literary excellence and how each embodies the vitality of literary art in New York State.”

The citations, established in 1985 by Governor Mario Cuomo and the State Legislature to promote fiction and poetry with the state, are awarded biennially under the aegis of the New York State Writers Institute. Awardees serve for two years in their honorary positions and each receives a $10,000 honorarium. The previous laureates were author Colson Whitehead and poet Alicia Ostriker.

“It is our honor to carry out this important responsibility of selecting the recipients with the help of a group of jurors,” Grondahl said. “No other college or university has this unique mission.”

Ayad Akhtar is an acclaimed novelist and playwright whose work explores the immigrant experience, Muslim identity and the world of high finance. He is the winner of the Pulitzer Prize for Drama, and an Award in Literature from the American Academy of Arts and Letters.

Akhtar is the author of Homeland Elegies, which Dwight Garner of the New York Times called “A beautiful novel about an American son and his immigrant father that has echoes of The Great Gatsby and that circles, with pointed intellect, the possibilities and limitations of American life.”

Ayad Akhtar currently serves as president of PEN America, one of the leading defenders of free speech both here and abroad. 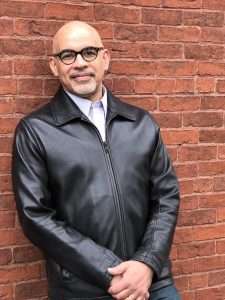 Willie Perdomo is a prize-winning poet and children’s book author who examines and celebrates the Nuyorican and Afro-Latino experience, primarily in his home neighborhood of Spanish Harlem.

His poetry collections include Where a Nickel Costs a Dime (1996), a finalist for the Poetry Society of America Norma Farber First Book Award; Smoking Lovely (2004, revised 2021), winner of the PEN/Open Book Award; The Essential Hits of Shorty Bon Bon (2014), a National Book Critics Circle Award finalist, and The Crazy Bunch (2019), which chronicles a weekend in the life of a group of East Harlem friends in the 1990s.

Perdomo is also the co-editor of a recent anthology, Latínext (2020), a celebration of work by emerging Latinx poets who represent an array of nationalities, genders, sexualities, races, and writing styles.

His books for children include Clemente! (2016), about Baseball Hall of Famer Roberto Clemente, and Visiting Langston (2005), winner of the Coretta Scott King Honor, about a young girl’s visit to the home of Harlem poet Langston Hughes.

A core faculty member at VONA/Voices of our Nation Writing Workshop, he teaches at Phillips Exeter Academy.

University events will comply with all COVID-19 protocols and follow the guidance of health officials. Up-to-date information will be posted at albanybookfestival.com.

Also at the Friday, Sept. 24 event, Daniel Sherrell, will be recognized as the winner of the inaugural Bruce Piasecki and Andrea Masters Award on Business and Society Writing.

The State Author award is named for Edith Wharton (1862-1937), widely regarded as one of America’s great novelists. Born in New York City into wealth and social status, she exposed in her darkly elegant fiction the hypocrisies and pressures of New York’s high society, particularly through her examination of the role and conditions of women. Many of Wharton’s works, like The House of Mirth, Ethan Frome, and The Age of Innocence, continue to exert a powerful hold on the popular imagination. In a phrase she herself used to describe successful short fiction, her prose is “a shaft driven straight into the heart of experience.”

The State Poet award is named for Walt Whitman (1819-1892), the renowned “poet of democracy” born in Huntington, Long Island. More than any American poet of his age, Whitman has had the greatest and most long-lasting influence on American poetry. His masterwork, Leaves of Grass, heralded a new age of innovation in poetry with its absence of rhyme and standard meter and through its abundance of oratorical rhythms. A favorite poet of liberal political movements in 19th century Europe, Whitman continues to influence poets around the world.

“New York was home to two towering literary figures who are namesakes of these awards: the Walt Whitman Citation of Merit for Poetry and the Edith Wharton Citation of Merit for Fiction,” Grondahl said. “Akhtar and Perdomo join an illustrious group of past recipients, who comprise a pantheon of diverse and exemplary voices. Their writing powerfully depicts the human experience and what it means to be a New Yorker, an American and a citizen of the world.”