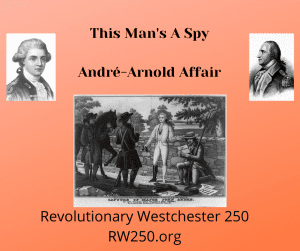 From Philadelphia, on July 3rd, 1776, John Adams mailed a letter to his wife, Abigail, in Boston. The letter explained the historic decisions agreed upon by the Continental Congress and the plans for celebration.

“The second day of July, 1776, will be the most memorable epoch in the history of America. I am apt to believe that it will be celebrated by succeeding generations as the great anniversary festival. It ought to be commemorated as the day of deliverance, by solemn acts of devotion to God Almighty. It ought to be solemnized with pomp and parade, with shows, games, sports, guns, bells, bonfires, and illuminations, from one end of this continent to the other, from this time forward forever more.” ~ John Adams

Practically immediately, though, the country chose to celebrate its founding not on July 2nd, when the resolution for independence from Great Britain was approved by 12 of the 13 colonies, but on July 4th, when America’s birth certificate, the Declaration of Independence, actually was approved by the Congress. Just four years later, however, as the fight for independence continued throughout the colonies and on the frontier, one of the world’s most infamous acts of treason took center stage in Westchester County. The series of events could have ended the war abruptly and crushed the democracy.

Recognizing the people, events and sites related to what General George Washington described as “treason of the blackest dye,” referring to traitor American General Benedict Arnold’s attempt to surrender the American fortification at West Point, Revolutionary Westchester 250 (RW250) is launching a new initiative – This Man’s A Spy.

Co-chaired by Lynn Briggs and Bob Fetonti, this effort will aim to create community awareness, understanding and enthusiasm for the historical significance of this critical event in U.S. history through a variety of public outreach programs.

This Man’s A Spy will feature the stories of the Patriots of Westchester County who primarily were responsible for the capture of British Major John André and foiled Arnold’s treasonous plot. If Arnold’s plan had been successful, the loss of West Point could have led to an American defeat.

This Man’s A Spy will deliver an account of the historic events surrounding the Patriot militiamen’s (John Paulding, Isaac Van Wart and David Williams) capture of Major André of the British secret service as a spy in Tarrytown. The description of the strength of the West Point garrison provided by Arnold was found in André’s boot. The September 1780 treasonous plot has connections to more than 30 locations across Westchester, Rockland, Putnam and Orange counties.

Programs will continue during the 250th nationally planned commemorative year of 2026 and then through 2033 to mark the full eight years of the American Revolution (1775-1783) that includes the anniversary of the betrayal.

This Man’s A Spy welcomes the involvement of all Westchester County organizations and individuals interested in the county’s history to assist in the planning and oversight of programs, and to share local and family stories related to the people, places and events associated with this significant historical event. Anyone who wishes to contribute to the preservation and interpretation of this critical period of local history should email ThisMansASpy@yahoo.com.

Revolutionary Westchester 250 (RW250), under the leadership of President Constance Kehoe, is Westchester County’s commitment to remembering the local events and people associated with the American Revolution in accordance with the United States Semiquincentennial Commission Act of 2016.

With the upcoming observation of the 250th anniversary of the founding of the United States of America in 1776, many local events preceding, during and after the Revolutionary War are expected to be recognized by RW250.