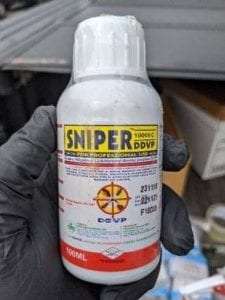 According to a press release issued by the NYS Department of Environmental Conservation (DEC), on June 2nd, Department investigators and investigators from the Office of the Attorney General Letitia James executed a search warrant and a covert street sweep in the Washington Heights neighborhood of Manhattan to confiscate unregistered pesticides being sold to the public. 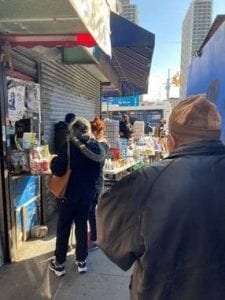 The enforcement effort, which police say successfully removed more than 7,700 individually packaged unregistered pesticides, was the culmination of a year-long joint undercover investigation that included surveillance, undercover controlled purchases, and laboratory analysis of the product. The investigation ultimately led investigators to a storage shed and the basement of an abandoned apartment complex where street vendors were stashing illegal products.

On the day of the sting, undercover surveillance teams watched as vendors collected illegal pesticides from the shed and basement and transported them to nearby locations for sales. Once vendors set up tables and an intent to sell was established, the surveillance teams made their approach.

Simultaneously, under authority of a search warrant, the structure and adjacent basement were secured and searched, and a large quantity of illegal pesticides were found.

These pesticides were being offered for sale to the public for use against cockroaches, fleas, bed bugs, and rodents and are not registered with the U.S. Environmental Protection Agency. Their sale, or possession with the intent to sell, is unlawful in the United States.

Police say the investigation is ongoing.

Photos, from above: bottle of seized unregistered pesticides; and vendor table provided.