Meppel is relatively small Dutch municipality in the north-easterly agricultural province of Drenthe. It is a market town for dairy products, cereals, and pigs. What is the association between this sleepy country place and cosmopolitan New York City?

First of all, there is a political and foundation link. Jan Jansen Bleecker was born in Meppel in July 1641. He moved to New Amsterdam in 1658 and from there to Beverwyck where he settled as a merchant and land speculator. In 1700 he was appointed Mayor of Albany and succeeded by his son Johannes Bleecker in 1701.

Then there is a cultural connection. Meppel is the place where the two Duveen brothers were born and raised. They transformed the American artistic landscape by importing thousands of works of art from Europe which, eventually, would constitute the core collections of numerous museums. The cooperation between Henry Duveen and his German-born client Benjamin Altman was crucial in the formation of the Met’s fine holdings. 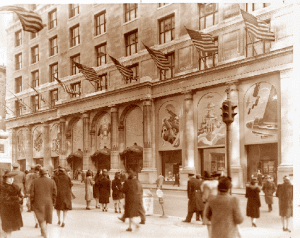 In 1835 the Jewish Altman family left their native Memmelsdorf in Bavaria and sailed to New York where they opened a dry goods store in Attorney Street on the Lower East Side. Benjamin Altman was born above the shop on July 12, 1840. Having started work for his father, he soon set out on his own.

In 1865, Benjamin founded Altman & Co. Located on Third Avenue and 10th Street, Manhattan, business flourished and the firm expanded to several other locations. In 1877, it was moved to Sixth Avenue in a grand Neo-Grec building that was designed by John & David Jardine where customers could shop in style. After various extensions, New Yorkers dubbed it the “Palace of Trade.”

In 1906, Altman transplanted his business to midtown Manhattan. Designed in an Italian Renaissance style, the new store encompassed much of 34th and 35th Streets. With eight floors of retail space, each department offered a range of items in precisely the same manner as we are accustomed to today. To make shopping an enjoyable family experience, there were the delights of a tea room and garden restaurant. Altman’s was the most sophisticated department store of its day.

The seventh floor of the shopping mall was dedicated to art and design products, furniture, porcelain, etc. Aware of the growing interest in products that reflected the European background of many New Yorkers, Benjamin expanded into selling fine art and antique – but he lacked the expertise.

Enter Henry [Joseph] Duveen, an immigrant from the Netherlands who had arrived in Downtown Manhattan around 1880 to open a small art shop on John Street where, according to the New York Times, he sold ‘silverware, ivory carvings, rare porcelains, period furniture, and Oriental rugs.’

Altman became one of Henry’s first and most loyal clients. Until Benjamin’s death in 1913, Duveen supplied him with porcelain and antiques that were offered for sale in his department store. He also acted as Benjamin’s advisor in the acquisition of rare paintings for his private collection. 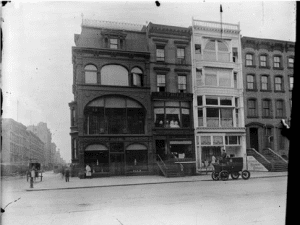 Members of the Duveen family were Sephardi Jews, descending from Cordoba in Andalusia. The year 1492 is remembered for Christopher Columbus’s transatlantic voyage of exploration, rather than for the expulsion of Jews from Spain. Living in exile in France, they adopted the name “Du Vesne.” Having fled Paris for the Netherlands on the eve of the French Revolution, the name was changed to Duveen.

Joseph [Joel] Duveen was eleven years older than Henry. Born in Meppel on May 8th, 1843, he left his provincial home town in 1866, moved to Britain, and settled in the port town of Hull where he was joined by his brother.

Joseph possessed a sound knowledge of Nanking porcelain, then becoming fashionable. Cargo loads of this china had been brought to the Low Countries by early Dutch traders in Asia. To this stock they added quantities of Delftware, bought cheaply in the Netherlands, and sold at top prices in Britain. Soon after the Duveens branched out to include tapestries, furniture, and silverware.

In 1879 the brothers built a fine art gallery in London’s Oxford Street. When Robinson & Fisher vacated their auction rooms at 21 Old Bond Street, the Duveens acquired the premises and built spacious galleries. They also ran a showroom in Paris. In 1897 the firm closed a small shop on Rue de la Paix to reopen a grand store at 20 Place Vendôme, later referred to as the ‘Little Palace’.

From 1890 onward they purchased pictures and were major buyers in art sales, acquiring the Hainauer collection of Renaissance art and the magnificent Rodolphe Kann collection of pictures, amongst others. Joseph Duveen amassed a fortune as an art dealer and was generous contributor to the National and Tate Galleries. He died in France in November 1908.

Shortly after Henry Duveen arrived in New York to head the Duveen office, Joseph sent his son Joseph Jr (later: Sir Joseph of Millbank) to assist him. Within a relatively short period of time, Henry had assembled a clientele of industrialists and bankers (including J.P. Morgan). This generation of so-called “Robber Barons,” born between 1830 and 1840, had grasped the opportunity to amass fortunes in mining, oil, steel, or transport.

Some of these industrial moguls, mostly self-made men, built up rich collections of European artworks which they housed in grand mansions and “chateaux,” before donating them to public museums for their names to live on in posterity. 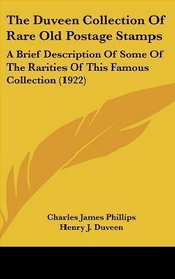 Henry’s phenomenal success allowed him to step back and concentrate on his stamps. He was an eminent philatelist (friend and supplier of another stamp collector, King George V) who was nominated one of the Fathers of Philately named on the 1921 Roll of Distinguished Philatelists.

Joseph Duveen Jr took over the management of the New York house in 1907, and served as its President between 1909 and 1939. His strategy was simple. He knew that Europe’s aristocracy owed great art but was short of money, while American tycoons had a yearning for cultural refinement. His challenge was to broker an agreement between the two. In that, he proved himself a master.

Not just an acute salesman who knew how to take advantage of an ‘economy of scarcity’, Joseph Jr was also an art lover who was able to enthuse even his most demanding clients. A contemporary journalist dubbed him the ‘Napoleon of art dealers.’

One of the first changes Joseph Duveen made was to move the New York house to a more prestigious location. On January 7th, 1911, the Real Estate Record & Builders’ Guide reported that the George Kemp Estate (of the late Irish property developer) had leased 720 Fifth Avenue to Duveen for a “term of twenty years.” Joseph transformed the show rooms, displaying art in lavish surroundings. From that new base, he became the biggest art dealer the world had ever seen. 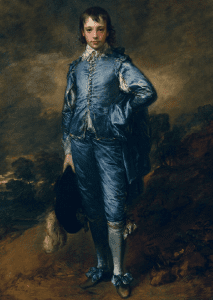 The “reallocation of art” from Europe to America continued over the following decades because of the First World War, the subsequent economic crisis, and the collapse of imperialism. In the early 1920s, Duveen bought Thomas Gainsborough’s The Blue Boy and sold it to railway pioneer Henry E. Huntington. When news of its sale and price tag spread (the most expensive painting ever sold), there were protest demonstrations in the streets of London. The painting is now the pride of the Huntington Library’s collection in San Marino, California.

In 1930 Joseph purchased the magnificent Louis-Dreyfus collection of Italian paintings and sculpture in Paris and sold selections from it to Andrew Mellon. Today, these items form the core collection of the National Gallery in Washington.

The Duveen Brothers’ business began to decline after Joseph’s death in 1939. The Nazi occupation of France forced Duveen Brothers to evacuate Paris. The London office closed shortly thereafter. After the war Duveen had a number of notable clients, but the firm never regained its former status. 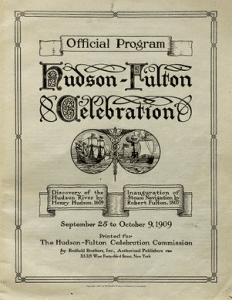 From the late nineteenth century to the mid-twentieth century, Duveen Brothers monopolised the American art market. They made a notable contribution to the shaping of the nation’s cultural awareness in general, and that of New York in particular. 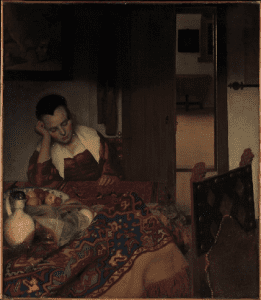 The Metropolitan Museum houses a comprehensive collection of Dutch paintings dating from 1600 to 1800. Benjamin Altman’s dependence on Henry Duveen in building his collection lies at the heart of this pictorial wealth. The former was a passionate Rembrandt collector. Upon his death in 1913 he donated his collection to the Met, including twenty paintings by Rembrandt (although some of those have since been re-attributed – Duveen could be ‘over-enthusiastic’ in his critical assessment).

In 1908 Altman had acquired Vermeer’s A Maid Asleep (Slapend meisje) from Duveen. This delightful portrait of a snoozing girl with a suggestion of sensuality (at the time of creation, Dutch painters were intrigued by the theme of maidservants ‘misbehaving’ if unsupervised), was displayed in September/October 1909 during New York’s elaborate (Henry) Hudson – (Robert) Fulton Commemoration.

As Benjamin Altman allowed his painting to be displayed for the event, it was at the Met that New Yorkers could meet Vermeer’s naughty girl for the first time. The encounter turned into a lasting love affair.