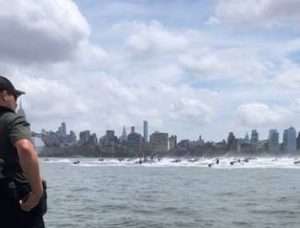 On June 26th approximately 400 jet skis traveled from Long Island City in the East River, around the tip of Manhattan and up the Hudson River toward the George Washington Bridge, part of the annual New York City Jet Ski Invasion. 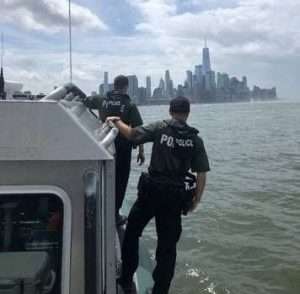 Video of the event, which has been held since 2017, can be seen here.

Photo of COs Currey and Veloski spotting the wave of jet skis approaching their security perimeter provided.