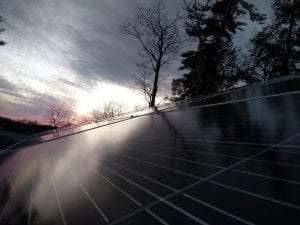 During his lifetime Ulysses S. Grant watched technology change the world around him. Significant advancements in travel, communications, energy production, and medical science during his life would lead to his recognition of the vital importance technology played in the pursuit of progress. Grant was intrigued by and supported innovations in technology as a military commander and President.

Grant grew up in the 1820s and 1830s in rural southern Ohio during the tail end of the First Industrial Revolution. He watched as steamboats and railroads revolutionized travel. A 17-year-old Grant marveled as he boarded his first steam train in Harrisburg, PA on his way to the Military Academy at West Point: “I thought the perfection of rapid transit had been reached. We traveled at least eighteen miles an hour, when at full speed, and made the whole distance averaging probably as much as twelve miles an hour. This seemed like annihilating space.”

As a young officer in the 1840s and 1850s Grant experienced the rapid expansion of rail travel in the United States. Grant acknowledged that “In the early days of the country, before we had railroads, telegraphs and steamboats—in a word, rapid transit of any sort—the States were each almost a separate nationality.” He witnessed the nation grow more interconnected through rapid transit and the development of the electric telegraph, an invention Grant would later regard as “an essential and indispensable agent in the transmission of business and social messages.”

The 1860s and the American Civil War ushered in many advancements in many technological fields. The telegraph system saw incredible expansion with the U.S. Military Telegraph Corps installing 8,000 miles of military lines alone. Electrical science had advanced considerably in the 18th and 19th centuries to the extent that by the 1870s, telephones, electric lighting, and even electric transit were being developed. Grant celebrated these advancements and more at the Centennial Exposition held in Philadelphia in May 1876. His speech to open the event highlighted his admiration and support for the advancement of technology for the betterment of humankind: 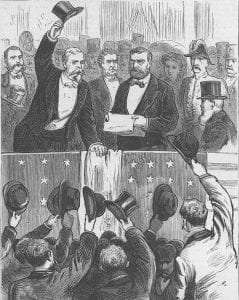 It has been thought appropriate, upon this Centennial occasion, to bring together in Philadelphia, for popular inspection, specimens of our attainments in the industrial and fine arts, and in literature, science, and philosophy, as well as in the great business of agriculture and commerce.

That we may the more thoroughly appreciate the excellencies and deficiencies of our achievements, and also give emphatic expression to our earnest desire to cultivate the friendship of our fellow members of the great family of nations, the enlightened agricultural, commercial, and manufacturing nations of the world have been invited to send hither corresponding specimens of their skill to exhibit, on equal terms, in friendly competition with our own. To this invitation they have generously responded: for so doing we render them our hearty thanks.

The beauty and utility of the contributions will this day be submitted to your inspection by the managers of this Exposition. We are glad to know that [a] view of specimens of the skill of all nations, will afford to you unalloyed pleasure, as well as yield to you a valuable practical knowledge of so many of the remarkable results of the wonderful skill existing in enlightened communities…

And now fellow citizens, I hope careful examination of what is about to be exhibited to you will not only inspire you with a profound respect for the skill and taste of our friends from other nations, but also satisfy you with the attainments made by our own people during the past one hundred years… 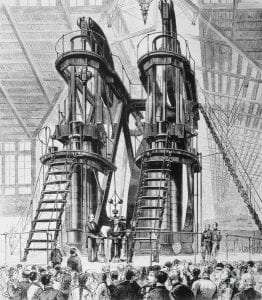 President Grant joined Brazilian Emperor Pedro II in turning on the massive 1,500 horsepower Corliss Steam Engine which powered many of the 13 acres of innovative devices and displays in Machinery Hall at the center of the Exposition. Grant must have marveled at all the technological advancements of the world on display in one place. The General seemed inclined to accept the inevitability of new technology as indicated by a San Francisco newspaper that reported on Grant’s fascination when first being introduced to a telephone at a restaurant there in 1879. The General stated that it was “wonderful. I heard every word . . . I suppose that in a year or two the world will wonder how it ever did without it.” 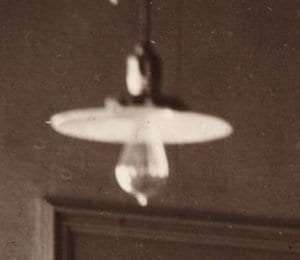 Finding an efficient and sustainable source of power became a parallel goal to inventing electrical devices. Research reveals a long history of humankind striving to harness the power of nature. In the 1880s harnessing natural power and being able to store it was regarded as the next big threshold in the energy revolution.

An 1883 Scientific American article stated that “The great question of all questions at the present day … is, How can we best turn to account the natural forces which are in play about us… How shall we store the power that may come to us by day or by night, Sundays and weekdays, gathering it at the time when we do not need it and preserving it till we do?”

During the 1880s inventors answered the call. Charles Fritts invented the first solar cells made from selenium wafers to harness the power of the sun and Charles Brush pioneered the production of electricity by wind turbine, building a 60-foot tower on his Cleveland property. Electricity was destined to be one of the main catalysts of the Second Industrial Revolution. 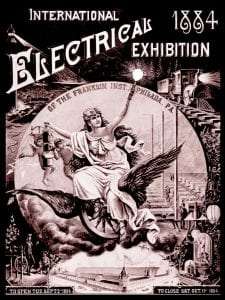 An ailing Grant stepped off a steam train for the last time at Mt. McGregor in Saratoga County in June 1885. The reporters that joined him rushed to the nearby hotel to use the telegraph office to send out their dispatches. That evening Grant likely heard the rumble of the steam-powered dynamo (generator) used to power the electric bulbs gracing the grounds and piazza of the mountaintop resort. One can imagine the general standing at the window of his final home on the mountain, inspecting the bulbs hanging from the covered walkway leading to the massive Hotel Balmoral with more bulbs adorning its wide piazzas.

Shortly after their arrival workmen would bring electric light to the cottage where Grant and his family were staying. The only caveat was that due to the noise of the dynamo, despite being housed in its own building, the electric had to be powered off at 10 pm at the resort to allow the resort guests to sleep in peace. Oil lamps remaining in the cottage serve as a reminder that, with gas and oil lighting still widespread, electrical illumination was a rare but growing industry in the 1880s. The massive Philadelphia Electrical Exhibition in the fall of 1884 had amazed thousands with nearly 6,000 electric lights and helped solidify the utilitarian future of the technology. 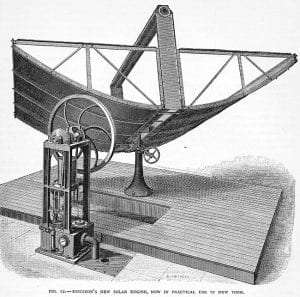 Throughout history, humankind has recognized the sun for its perceived and real values and attempts to harness the energy of the sun have been undertaken in different ways for millennia. In 1839 French physicist Edmond Becquerel first demonstrated the photovoltaic effect where electricity is generated in a substance exposed to sunlight. Throughout the next century, development continued until 1954 when the first practical solar cell was created.

In the 70 years since solar technology has advanced to make the panels increasingly more efficient and productive. Renewable energy is the fastest-growing energy source in the United States and while solar power accounts for only 2.3% of energy production, it is projected to be the fastest-growing electricity source. The recent Grant Cottage solar power project is part of a major shift to clean energy that will take place as part of the New York State Clean Energy Standard which aims to have 70% renewable power in the state by 2030. 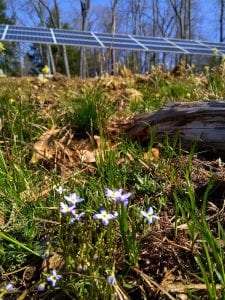 There are times when it becomes necessary to break the bond with an old technology and embrace the new. After a careful evaluation of the electrical needs, remote location, and prohibitive cost of remediating the aging electrical infrastructure on Mt. McGregor, the Historic Site was determined to be a prime candidate to become a solar micro-grid site (the first of its kind in the New York State Parks system). The benefits of solar power are clear, it has its limitations as any developing technology does, but offers a practical method of capturing and storing a renewable natural resource, something humankind has long worked towards.

It’s not hard to imagine that if General Grant were on the mountain to see the solar installation he would be fascinated and pleased with the progress made over the last 136 years. The system will more reliably power, protect, and preserve the Grant Cottage Historic Site helping to illuminate the story of a man who was willing to embrace the future for the sake of progress. When looking at the solar installation at the Historic Site one can take comfort that the future is now protecting the past.

“Future generations, after the coal-mines have been exhausted, will have recourse to the sun for heat and energy. . . . The sun will be the fuel of the future.”