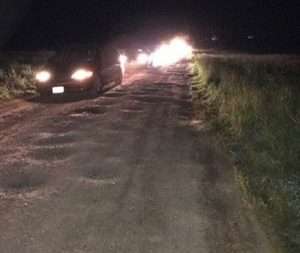 New York State Department of Environmental Conservation Forest Ranger Thomes reported that while on patrol on Saturday night, May 29, at about 11:45 pm he overheard radio traffic detailing a large gathering underway at Perch River Wildlife Management Area, in the Pamelia, Jefferson County.

Ranger Thomes said he responded to the area where there was a fire and approximately 150 people with 60 vehicles. Thomes, Environmental Conservation Officer Rockefeller, and Jefferson County Sheriff deputies issued 49 tickets. Multiple parties were tasked with cleaning up the area and the fire was extinguished. All units were cleared of the scene by 4 am.