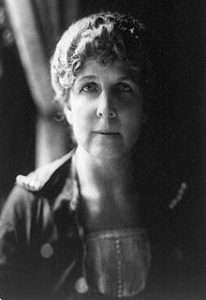 Trivia clue: A First Lady who was a member of the Nyack (New York) Society of Prevention of Cruelty to Animals.

Correct response: Who is Florence Harding?

The society offered Mrs. Harding an honorary membership after the First Lady contributed $100 for oats and hay to feed Clover, a 51-year-old horse the society was caring for.

“She not only accepted, but in a letter to David W. Cranston, president of the organization, enclosed her check for the dues as an active member for five years,” The Post-Star of Glens Falls reported on August 22nd, 1922.

This is an example of the lighter side of politics, as reported in historic northern New York newspapers.

An “alleged restaurant” that leased space in the new state Capitol building at Albany openly served lager, gin, whiskey and champagne, The Morning Star reported on May 6th, 1886.

“The most remarkable gin mill in the country, says the New York Sun, is that which has been set up in the new capitol in Albany,” the Glens Falls morning daily newspaper reported. “It is, in all probability, the only liquor store in the world in a building costing seventeen millions of dollars, and there must be few that pay rent to such a landlord as the Empire State.”

Reportedly, the “official groggery of the state” was siphoning off business from other long-time Albany establishments.

“The liquor sellers to the north of the great capitol, who used to supply the legislators and lobbyists, have been left high and dry this winter, so handy and thoroughly satisfactory is the saloon which the state has kindly opened for its servants and those who have business with it in Albany.”

The saloon did not last long.

“Yesterday the state Senate passed a bill prohibiting the sale and manufacture of intoxicating liquors in any building or upon any premises belonging to New York State, only two members voting in the negative,” The Morning Star reported on May 14th, 1886. “When the governor affixes his signature to the bill, the saloon which has been maintained in the Capitol all winter will have to go.”

On August 25th, 1922, The Post-Star reported that U.S. Rep. James S. Parker, R-Salem, won “a number of premiums” for his cattle at The Washington County Fair.

On January 29th, 1906, The Argus of Albany reported that the carnation was the favorite flower of President William McKinley.

On October 5th, 1888, The Granville Sentinel reported that the 24-voice Republican Campaign Glee Club had prepared the following selections to perform at an upcoming Harrison and Morton Protection Club rally: “Overture,” “Election Day in Wales,” “Comrades in Arms,” and “The Dragon That Floated.”

On May 13th, 1886, The Morning Star of reported that the Knights of Labor of California presented “a monster petition” to U.S. Rep. William W. Morrow, R-Calif., urging him to support legislation to protect U.S. workers from unfair competition with China.