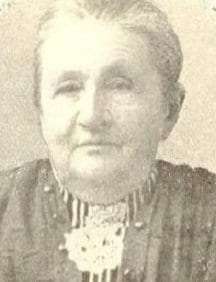 Anna B. Schram was Department President of the Association of Army Nurses.  During the Civil War, she volunteered as an unpaid nurse under Drs. McKenzie and Haynes.

She was stationed at a Union Army camp outside of Fredericksburg, where she remained for 10 months caring for the sick and wounded of Antietam and South Mountain until illness forced her to return home.
Schoharie Crossing State Historic Site has announced the next installment of the Summer 2021 Virtual “Lunchbox Lesson” series with a presentation set for Wednesday, May 19th at noon.

Kelly Yacobucci Farquhar, the Montgomery County Historian, will speak on Anna Maria Schram and explore the county’s contribution to the nurses who tended to the sick and wounded soldiers during the American Civil War.

This program is free and open to the public. The link is available on their Facebook page, or by contacting Schoharie Crossing at (518) 829-7516 or SchoharieCrossing@parks.ny.gov, or on their website.