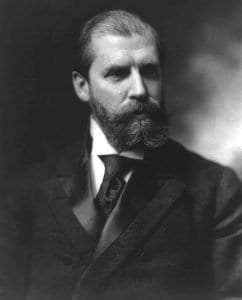 The Sembrich has announced special screenings of the new feature documentary My Native Air: Charles Evans Hughes and the Adirondacks.

This 43-minute documentary tells the story of the life and career of Glens Falls native Charles Evans Hughes, his role in Adirondack forest land conservation and preservation of the springs at Saratoga Springs, and his connections with cultural attractions in the district.

Hughes, born in Glens Falls, was governor of New York from 1907 until the fall of 1910 when he resigned to accept appointment as an associate justice of the U.S. Supreme Court. He resigned from the court in June 1916 to accept the Republican nomination for president, narrowly losing to Woodrow Wilson. He later was U.S. Secretary of State in the Harding and Coolidge administrations, and was Chief Justice of the United States. Charles Evans Hughes and Marcella Sembrich had a least one thing in common, aside from a love for Lake George. Both were Gold Medal honorees of the National Institute of Social Sciences – Hughes in 1924 and Sembrich in 1930.

The documentary was produced locally by Snarky Aardvark Films of Queensbury and Maury Thompson of Ticonderoga. Local singer-songwriter Ray Agnew composed and recorded original theme music for the documentary. Producers are now scheduling in-person screenings for fall and 2022.

This special online screening is available in May 2021 only through The Sembrich’s website.