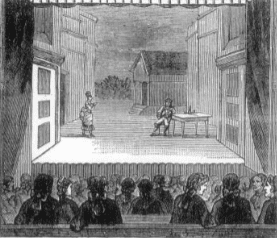 In the early nineteenth century, theaters were among the relatively few purpose built public spaces where large numbers of people could gather. They were cathedrals of modernity. Repertoire was the main focus of attention, but the auditorium was a performance area in itself where topical issues were discussed.

Audience participation made the playhouse a target for political control (in the form of censorship or licensing). To worried authorities, the theater was a potential source of unrest. Unlike the printed word, it forged partisan communities of unpredictable sentiment. Plays or operas whipped up collective feelings and engendered riots. Europe had set an example.

London’s Price Riot in 1809 was a class generated clash to keep the theater affordable; the Italian Risorgimento found support in the world of opera; the Parisian battle for Hernani was a generational conflict about cultural participation; attempts to ban a performance in August 1830 of Auber’s rousing opera La Muette de Portici in Brussels led to calls for Belgian separation from the Netherlands.

In May 1849, the Bowery turned on Broadway in a violent riot. Shakespeare loomed large in this, New York’s own bloody playhouse battle.

Soon after Elizabeth’s restoration of Protestantism in 1559, Puritans pushed for a stricter code of conduct. All forms of entertainment were scrutinized to prevent people being distracted from worship. Playhouses were considered the plague of modern life. Built in 1599, Shakespeare’s Globe Theatre represented an infestation of immorality.

Puritan migration started in 1620 when the Mayflower sailed from Plymouth towards the Hudson River. Blown off course, the ship landed on the tip of what is now Massachusetts. Having crossed the bay, the migrants – in search of religious freedom and economic opportunities – set up a colony on land belonging to the Wampanoag people who had inhabited the area for some 12,000 years.

The settlers brought their contempt for theater with them. In colonies like Massachusetts or Pennsylvania, laws were passed to forbid the production and performance of plays. Such measures were supported by Quakers who shared deep suspicions towards the stage. As a result, it took time for the theater to establish itself in America, but Shakespeare intervened.

The first collected edition of Shakespeare’s plays appeared in London in 1623. The First Folio contained thirty-six plays, most of which had been performed at the Globe. The publication’s impact reached the colonies.

Offering a repertoire that included Hamlet and Othello, the first English theater was opened in 1716 in Williamsburg, Virginia, by William Levingston. John Street Theatre was Manhattan’s first playhouse. Built in 1767 by the English actor David Douglass, it introduced New York to The Merchant of Venice, Macbeth, and King John.

After the American Revolution, restrictions on the theater were relaxed. As the Bard monopolized the stage, this change in climate encouraged English actors to try their luck in America, including London-born Thomas Abthorpe Cooper who became lessee of New York’s Park Theatre. Opened in 1798, the Park was a model of stage design.

New York emerged as the center of performing arts, a sort of Stratford-upon-the-Hudson. By 1850, Broadway rivaled London’s West End in the number of playhouses in operation. 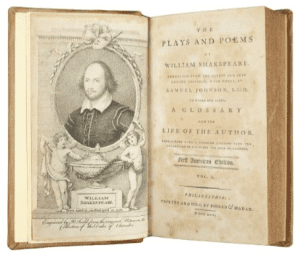 The first recorded performance of a Shakespeare play in New York was Romeo and Juliet in March 1730. Performances took place during the Revolutionary War, even with the British occupation of the city. On July 14th, 1787, George Washington left crucial discussions on the Constitution to attend a production of The Tempest.

A complete issue (eight volumes) of the Bard’s Plays and Poems was published in Philadelphia in 1795/6, calling itself the “First American Edition.” With Puritan reservations swept aside, Americans embraced Shakespeare as a national poet – in spite of wide-spread contempt for the English.

When De Tocqueville toured the States in the 1830s, he reported the popularity of the playwright. The Bard rivaled the Bible. His plays reached all classes. In gold rush California, miners survived the harshness of winter by sitting around campfires, acting out King Lear from memory. Audiences demanded muscular performances. Artistic reverence was not their concern. Plays were cut and changed, song-and-dance acts added, and acrobatics introduced.

In John Ford’s My Darling Clementine, the itinerant actor Granville Thorndyke performs a scene from Hamlet to drunken desperadoes before pompously declaring that Shakespeare is not meant for tavern “louts.” A gun fight was inevitable as Shakespeare was the shared possession of all. To keep him out of the hands of a greedy elite was worth fighting for.

During the nineteenth century New York’s wealth disparity created a city of “lights and shadows.” Broadway was the epicenter of activity. By 1828, one out of five of the city’s richest persons lived there. Gradually, private properties were replaced by hotels, theaters, banks, and department stores. Broadway highlighted both social distinction and urban inequality.

The slums were not far away. When the Shakespearean actress Fanny Kemble arrived in 1832 from London, she kept a journal in which she expressed her shock at the contrast between a few affluent quarters and the destitute nature of the rest of the city, specifically in relation to Broadway. Extremes were played out in the theater itself.

Up until then, theaters had been urban gathering places. Cheap tickets made the playhouse a nexus for social contact and political discourse. Audiences arrived to be entertained and to express opinions. The parterre was a platform for protest. To reduce rowdiness, bouncers were introduced, lights dimmed, and seats close to the stage removed, but the gentrification of the theater met with fierce resistance. To silence the audience was an attempt to muzzle the voice of the people. 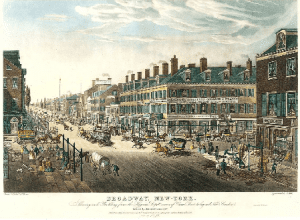 By 1830, theaters began to distinguish themselves according to class. The Bowery and Chatham houses became establishments most often frequented by workers. Manhattan’s Park Theatre was the preferred location for New York’s elite until the opening of the Astor Opera House on Lafayette Street in November 1847.

Astor had an “Upper Ten” snob-appeal. Expensive boxes were introduced, benches replaced by upholstered seats, and a dress code was established. This calculated attempt to exclude the boisterous crowd (many of them immigrants) provoked those for whom the playhouse represented a communal space. Temperaments were simmering. 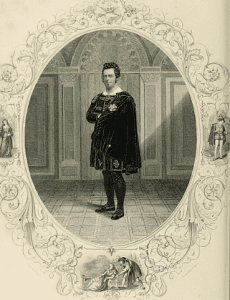 Philadelphia-born Edwin Forrest (his father was Scottish) made his acting debut at the Bowery Theatre in front of a Lower Manhattan audience. His bravado drew vast crowds. Fans admired his stout presence, forceful delivery, and fierce patriotism. The Bowery produced its own star actor, proving that cultural independence from England had been achieved. 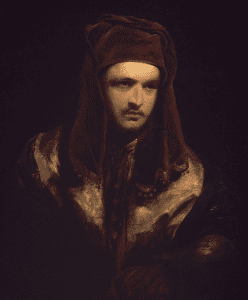 Classically trained William Macready was the darling of the kid-gloves wearing elite. The actor exemplified the erudite and restrained performance style that was popular in England at the time. His followers attacked Forrest as vulgar and coarse. The animosity ran deep. At a Macready performance in Cincinnati, hostile patrons threw half a dead sheep on stage.

The row reflected class divisions. Forrest was the hero of anti-English workers and immigrants; Macready was praised by rich and literary Anglophiles. The names of these actors became rallying cries in a cultural war revolving around the question of who “owned” Shakespeare. 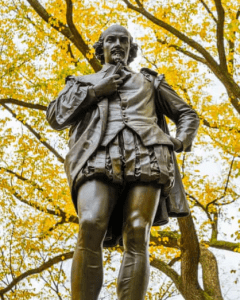 The Astor Opera House had hired Macready to star in Macbeth on May 7th, 1849, the same evening that Forrest had signed up to perform that role at the huge Broadway Theatre. Forrest’s supporters bought hundreds of tickets to the top level of the Astor, pelting the actor with pennies, rotten vegetables, and bottles of stinking liquid, turning the performance into a failure.

In disgust, the actor decided to cut his losses and leave town, but was persuaded to stay by his backers (Herman Melville and Washington Irving among them), who assured him of their support. On Thursday May 10th, Macready once again took the stage as Macbeth.

That night, Forrest’s cohorts descended by the thousands towards the Astor. As the mob got out of hand, state militia troops were summoned to end the riot. They fired their weapons. When calm was restored, at least twenty-two people were dead and many injured. Seven of the dead were Irish immigrants. It was the most significant loss of civilian life in New York since the Revolution. 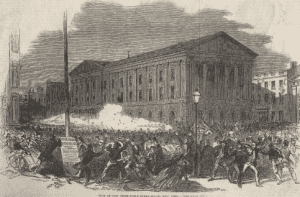 Having struggled through the performance Macready fled New York, never to appear in an American theater again. The Astor, the “Massacre Opera House,” did not survive either. By May 1853, the interior had been dismantled and the shell of the building sold to the New York Mercantile Library.

Ironically, the riot and its aftermath hastened the removal of Shakespeare performances from popular entertainment. The plays were ring-fenced as belonging to the solemn realm of “High Culture.” The Bard was gaining respectability. Vaudeville theaters were reduced to staging burlesqued versions of Richard III as Bad Dicky; Julius Caesar as Julius Sneezer; and Hamlet as Hamlet and Egglet. The fearful events of a single night killed the illusion of an American nation free from class discord.