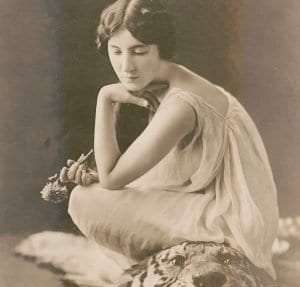 In this episode of A New York Minute In History, Devin and Lauren research the life of Audrey Munson, America’s first supermodel. Born in upstate New York, Munson was one of the most famous models of the early 20th Century, and posed for the top American artists in the Beaux Arts movement.

Sculptures based on Munson dot the landscape of New York City, and are held in museums around the country. She was also one of the first American actors to pose nude in a major motion picture. Once called “Miss Manhattan,” Munson’s life would take a tragic turn by the age of 40.

A New York Minute In History is a production of the New York State Museum, WAMC, and Archivist Media, with support from the William G. Pomeroy Foundation. This episode was produced by Jesse King, and features “The Entertainer” and “Unease” by Kevin MacLeod. Our theme is “Begrudge” by Darby.