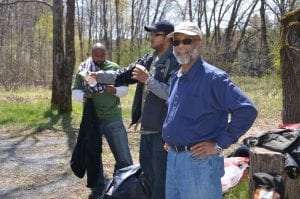 April 30th, 2021 is Arbor Day. On Arbor Day 2012, NYS DEC Forest Rangers and Foresters had recruited us to help plant young potted and bare root trees on an eroding section of Adirondack Forest Preserve south of Warrensburg in what was then known as the Hudson River Recreation Area. The saplings had come from the DEC Saratoga Tree Nursery. 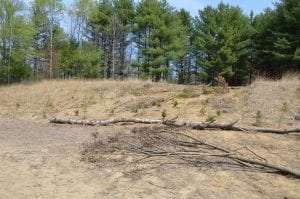 Among the tree planters were the late Brother Yusuf Abdul-Wasi (Joseph Burgess) and his team of youth and adult counselors and teachers from the Green Tech High Charter School in Albany and Youth Ed-Venture and Nature Network or YENN. Several volunteers from Adirondack Wild: Friends of the Forest Preserve joined the group.

This year, the late Brother Yusuf and his achievements will be honored during ceremonies in Albany’s Tivoli Lake Preserve and Farm on May 4th. For more, see the calendar at www.friendsoftivoli.org.

My colleagues and I first met Yusuf at the Albany Boys and Girls Club where he was a youth counselor. He was seeking to expand his discovered life’s work to help urban young men and women become not just aware, but comfortable in the woods, the waters, and the mountains of our state; and not merely comfortable, but to gain a sense of expanded opportunity in their lives that might someday evolve from many positive exposures to the great outdoors. This man of action had a mission and was not to be denied.

Later, he went to work for the NYS Dept. of Environmental Conservation to help to recruit and to diversify the color and the backgrounds of the youngsters attending DEC Summer Camps. Yusuf served on the board of the Children and Nature Network. He also was prominently featured in the film Mother Nature’s Child. He had developed a national and international reputation for his efforts to mentor urban young people and expose them to the wilder places he loved himself; have them disconnect from their phones; connect with their environment; and cooperate as working unit to hike up to a peak, set up and take down a campsite, read a topo map or a wild river, ski or kayak, or in this case, plant a whole lot of young trees on a very chilly series of mornings near the Hudson River in Luzerne around Arbor Day, 2012. 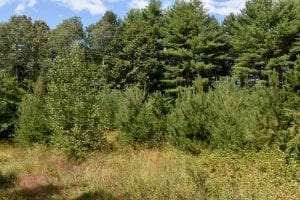 Seven years later I returned to find that the many hundreds of trees that Yusuf and the young people planted that chilly April 2012 – mostly white pine and larch – had grown tall – 10 to 12 ft. tall. The young trees are now serving valuable and intended public purposes of stopping erosion, steering foot traffic, cooling the immediate environment through shading and evapotranspiration and taking in carbon dioxide. DEC Forest Ranger Kabrehl wrote me in 2019 that: “We really did make an impact that day, and the environment in that area is unquestionably healthier that it would have been otherwise.”

Photos, from above: Brother Yusuf Abdul-Wasi (Burgess) at the Arbor Day tree planting, Hudson River Recreation Area, April 2012; The same hillside above the Hudson River in Luzerne during Arbor Day planting 2012 and after 7 years of growth in 2019, courtesy Dave Gibson.