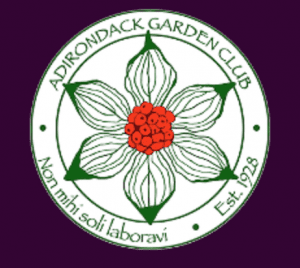 For the first time in its 93-year history, the membership of the Adirondack Garden Club will include a man. Derek Rogers of Willsboro was recently confirmed by the club and will be formally accepted at the annual meeting in May.

“While there is not a rule preventing a man from joining,” said club president Jennifer Lagor in an announcement sent to the press, “the situation had never presented itself until now. We’re thrilled Derek will join us and know his expertise will be an asset to the club.”

Linda Flynn is the club member who sponsored Rogers for membership. “I became acquainted with Derek over two and a half years ago when I first met him in his role as Development Director of Champlain Area Trails, one of the many local organizations our garden club works with and on which our members have served as directors,” she said.

“Because he is an avid ornithologist, I suggested he present a lecture to our garden club on Adirondack birds, which he did last July. His presentation was so well received that he will conduct a bird walk later this year our members. With his interest in gardening and connecting people with nature, he fits right in with our membership.”

Rogers lives in Willsboro with wife Elizabeth and daughters Phoebe and Zoe. At his home, Rogers maintains a small-scale hummingbird garden and experiments with a variety of native perennials and annuals. He recently enhanced a small, quarter acre plot of his three-acre property with native grass and wildflower mix, which has resulted in an increase in birds and butterflies. An accomplished birder, he has documented 110 species of birds on his property and holds several ornithological positions in New York.

In addition to Rogers, the Adirondack Garden Club’s 2021 class of new members includes Nancy Budd who brings another interesting angle to the well-established group. Nancy is Professor Emeritus in the Department of Earth and Environmental Studies at the University of Iowa. As a paleontologist, her expertise is in coral reefs and their evolution over the past 60 million years. Professor Budd now makes her home in Essex, NY and also presented to the club on the Essex Quarry Nature Park that features 400 million-year-old fossils — part of an ancient coral reef — as well as a type of forest considered globally rare and an historic stone quarry.

Current Garden Club members hail from all around the North Country — Clinton, Essex, and Franklin counties, covering a geographical area stretching from the shores of Lake Champlain westward beyond Lake Placid and Saranac Lake to Tupper Lake – 1,824 square miles and two separate USDA climate zones. To learn more about membership in the Adirondack Garden Club, visit the club’s website.