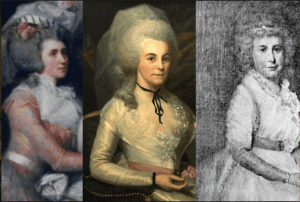 The Hendrick Hudson Chapter of the Daughters of the American Revolution has announced their 2021 speaker series is set to begin on Monday, March 22nd with a virtual presentation on the women of Schuyler Mansion during the 18th century.

Beginning at 2:15 pm, Jessie Serfilippi will explore the lives of Catharine van Rensselaer Schuyler, the five Schuyler sisters, and the women the Schuylers enslaved.

Jessie Serfilippi is a writer and historical interpreter at Schuyler Mansion in Albany. Her areas of research include the people the Schuylers enslaved, the Schuyler women, and the Hamiltons.

For more information or to register for this Zoom presentation, visit the Hendrick Hudson Chapter website.