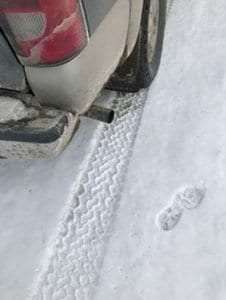 According to a press release issued by DEC, on February 28th, a 15-year-old girl in the town of Lisbon was home alone when she noticed two trucks pull into her driveway. Unknown men exited the truck wearing camouflage and knocked on the door. At the same time, the teen heard sounds of dogs fighting in her backyard.

She was frightened by the knock and the presumed dog fight and did not answer the door. The girl saw the men proceed into the backyard, heard a gunshot, and watched as they left quickly. The teenager called her parents, who contacted Environmental Conservation Officer Canary for assistance. ECO Canary said their investigation determined the hunting dogs entered the yard from the rear farm field while chasing, and eventually cornering, a coyote.

Because they were using GPS collars, the subjects were able to tell when their dogs had stopped moving. The poachers arrived to get their dogs and took advantage of an easy, but illegal, harvest of the coyote. The Officer did not identify the poacher, but thanks to some freshly fallen snow, tracks left behind provided helpful evidence.

ECO Canary visited the homes of five known coyote hunters in the area until finally the Officer was able to match the tread pattern left at the scene. The poacher admitted to shooting the coyote and was issued tickets for trespass and shooting within 500 feet of a dwelling.

You can read all about coyotes in New York State here.