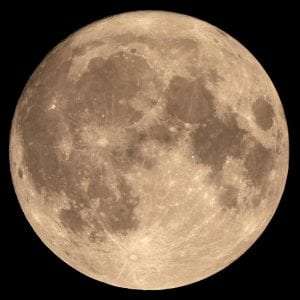 As if today’s war on science wasn’t bad enough, it seems researchers have been courting further bad press by admitting they’ve spent countless hours on lunacy studies. To clarify, this research is on lunar effects on our behavior and sleep – I don’t know of any work being done to analyze sheer foolishness and irrational acts, the other kind of lunacy. Given the events that dominated the news this January, though, maybe that would be a fair line of inquiry.

The idea that phases of the moon impact human behavior goes back a long way; indeed the term lunacy was coined in the 16th century to describe this very effect. In modern times there are myriad anecdotes from law enforcement, emergency room workers, and others that more crimes, injuries and/ or psychiatric hospital admissions occur around the full moon as compared to other times of the month. It is a sad fact that lunacy was once (and occasionally is yet today) used in the pejorative to disparage episodes of mania or psychoses wrought by severe mental illness. There is now strong evidence that the moon really does affect how such disorders manifest, and it also makes a difference to all of us in terms of sleep.

Although older scientific reviews of lunar influences on our lives led to mixed conclusions, that has changed. In January 27th, 2021, scientists from the National University of Quilmes in Argentina, the University of Washington, and Yale released a paper showing that their experiment, the largest, most in-depth study on lunar cycles and sleep ever done, proves the moon has a very significant effect on sleep. Until now, all investigations done on the subject had relied on self-reporting of sleep experience, a major weakness.

Conversely, this collaborative study used wrist monitors to record brain activity and other factors to evaluate sleep patterns of 98 people across several 29.5-day lunar cycles in three Argentine villages. One town was on a modern electric grid, while a more rural hamlet had a crude electrical system, each house with perhaps one or two lights. A third, very remote settlement had no electricity at all. In every case, participants had notably altered sleep, based on the phase of the moon.

Lead scientist Dr. Horacio de la Iglesia said the research team saw “a clear lunar modulation of sleep, with sleep decreasing and a later sleep onset in the days preceding a full moon.…although the effect is more robust in communities without access to electricity, it is present in communities with electricity.” On average, participants went to bed 30 minutes later in the three days prior to a full moon. More remarkable yet is that even in well-lighted homes, subjects lost an average of 45 minutes of sleep per night during this time. In the village with no electricity, participants slept a whole hour less on each of the pre-full moon nights.

The team feels that the changes they recorded might be an ancient adaptation for making use of additional natural light during each full moon. Regardless, they say that this phenomenon must be taken into account in all sleep studies going forward, a very important point.

But moonlight is not the only factor that varies with each lunar cycle – there’s that whole gravity thing that sloshes our oceans around. Lunar pull varies on a roughly two-week pattern. The strongest pull is the 14.8-day “spring-neap cycle” caused by the joint gravitational force of the Moon and Sun when they’re aligned, and a lesser 13.7-day “declination cycle” that depends on how close the Moon comes to Earth’s equator each month. Being that we are “…giant bags of mostly water,” as humans were once described on Star Trek, it seems foolish to contend that the moon does not tug at us in some way. The question, though, has always been in what fashion and to what extent we are influenced.

An April, 2018 article in the journal Molecular Psychiatry sheds light on that. Dr. Thomas A. Wehr, a scientist at the National Institutes for Mental Health’s Intramural Research Program in Bethesda, Maryland, conducted a two-year study on potential lunar effects on bipolar illness involving seventeen patients with the disease.

Dr. Wehr found a distinct pattern of body-temperature and sleep-cycle changes in these patients, as well as a tendency for them to rapidly switch between the manic and depressive stages of bipolar illness, that coincided exactly with lunar phases. He even verified significant changes in the duration of his patients’ mood cycles that precisely corresponded to the so-called “supermoon.” This is when a full moon happens within 24 hours of perigee, the time that the moon comes closest to us in its monthly orbit around Earth.

The patients in Dr. Wehr’s study did not always flip to depression or mania during each and every declination (13.7-day) or spring-neap (14.8-day) cycle, but when the subjects went through a mood switch, it nearly always happened in one of these lunar-tide phases. Although he doesn’t claim the moon caused mood oscillations, Dr. Wehr said the data suggest a “possible biological mechanism through which lunar gravimetric cycles might control mood cycles.”

Another thing is that the movement of salt water across the face of our planet creates small but measurable electric currents. We don’t understand as much about the ways we might react to electrical changes due to the moon’s position, but we have some information.

In a report by Linda Geddes of the BBC, published on July 31st, 2019, Dr. Joachim Fisahn with the Max Planck Institute of Plant Physiology in Potsdam, Germany admits that the electrical field changes induced by tidal flows are “incredibly small.” Nonetheless, he points to experiments proving that these tidal-based current variations affect plant root growth, asserting this is supported by “over 200 publications.”

Admittedly, we’re not plants, though we can sometimes feel rooted to our seats during this Covid-19 era. But electrical fields are known to alter human brain function. In a March 18, 2019 article in The Journal of Neuroscience, a research team from the University of Tokyo and the California Institute of Technology revealed that even minute electrical fields can reduce human alpha-wave brain activity. Alpha waves are those associated with a relaxed or meditative state.

Knowing that we all lose sleep as the full moon approaches, we should try to avoid lunacy by exercising a lot more patience in the way we conduct our relationships, motor vehicles, and other things that have a high hazard potential should something go awry.