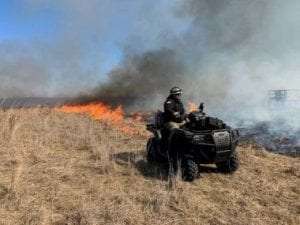 The Refuge is located in Ulster County, NY, at the site of the former Galeville Military Airport. The airport was decommissioned in 1994 and turned over to the United States Fish and Wildlife Service in 1999. 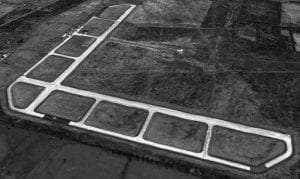 Advocates of prescribed fires say benefits include improvement of wildlife habitat by maintaining grasslands for nesting birds and improving wildlife habitat by maintaining a diverse forest environment. They also point to reducing highly combustible fuel loads that could potentially feed a wildland fire, as well as the establishment and maintenance of fire breaks that improve control and access to wildland fires. Prescribed fires are also used as a training opportunity for local firefighters.

Typically, before prescribed fires are conducted, consideration is given to environmental factors such as current and expected weather conditions and smoke management considerations.

Photos, from above: the prescribed burn underway (provided by DEC)  and the former Galeville Military Airport.