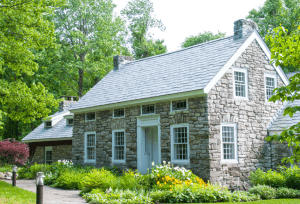 The Kelly Adirondack Center has announced “Conversations Around Social Justice in the Adirondacks,” a Zoom webinar series set for April 15th, April 29th, and May 13th.

The series will begin with “The Lived Experience” on April 15th at 5:30 pm, with Dr. Alice Green and Brenda Valentine, Moderated by Prof. Becky Cortez. Green and Valentine will reflect and share about systemic racism and structural oppression growing up and living in the Park, from the 1950s to today.

Dr. Alice Green grew up in Witherbee, NY in the Adirondacks where she attended school, but currently lives most of the year in Albany and spends much of her summers at her Essex County home. She grew up in Witherbee, a rural iron ore mining hamlet, during the 50s and 60s where her family was one of only two families in the town. In 1997 she founded the Paden Institute and Retreat for Writers of Color in Essex, where writers are provided technical assistance and a quiet environment for writing. Alice is the Executive Director of the Center for Law and Justice, which focuses on issues of criminal justice, civil rights and liberties of concern to poor communities and those of color. Alice holds a BA in education, two MA degrees, an MSW degree and a Ph.D. in criminal justice, all from SUNY Albany. She writes and lectures on racism, criminal justice and prison reform and has co-authored several books, including Law Never Here, A Social History of African American Responses to Issues of Crime and Justice. She is currently completing a memoir entitled, We Who Believe in Freedom. Alice has competed for city and statewide political office and has held leadership positions in several organizations concerned with racial issues including the NAACP and the ACLU.

Brenda Valentine retired from Orange and Rockland Utilities/Consolidated Edison of NY in 2004. After numerous and successful corporate and community/public relations programs and activities and local and national awards, she became a full time resident in the Town of Indian Lake. She is extremely active in the Indian Lake community, serves as president of the Indian Lake Community Development Corporation and was named 2018 Indian Lake “Citizen of the Year” for her years of outstanding service in the Town.

Becky Cortez is currently a professor of mechanical engineering and director of engineering at Union College. She enjoys living in the Adirondack Park – appreciating its natural beauty, wildlife, outdoor activities and learning about its history.

The series will continue with “Diversity in Plain Sight” on April 29th at 5:30 pm, with Kelly Metzgar, Amy Godine, and Prof. Neil Patterson, Moderated by Dr. Donathan Brown. This panel will explore issues of diversity cutting across gender identity and expression, sex, race, and ethnicity.

Independent scholar and Adirondack Life contributor Amy Godine has published scores of articles about Adirondack ethnic and social history. She has curated several exhibitions, including the John Brown Lives!-produced traveling exhibition, Dreaming of Timbuctoo, about an abolitionist-founded black settlement near North Elba. Amy has lectured widely in the region on migratory laborers, immigrants, ethnic neighborhoods and enclaves, peddlers, paupers, strikers, and other Adirondack “non-elites.”

Professor Neil Patterson Jr. is a husband, father, and traditional lifeways learner born into the White Bear Clan as a citizen of the Tuscarora Nation. Neil has worked with the Haudenosaunee Environmental Task Force since it’s inception in 1997. He is founder of the Tuscarora Environment Program, a USEPA-funded environmental organization addressing solid waste, drinking water, food sovereignty, hydropower relicensing, outdoor youth education matters of the Tuscarora Nation. In 2004, Patterson received an EPA Environmental Quality Award for the Tuscarora Environment News. Neil is also a founding board member of the Friends of the Buffalo Niagara Rivers, a non-profit dedicated to improving the environmental health of the Buffalo and Niagara Rivers. Patterson currently serves as Assistant Director of the Center for Native Peoples & the Environment at the State University of New York College of Environmental Science and Forestry in Onondaga Territory. He teaches courses in traditional ecological knowledge and oversees environmental research, education and outreach initiatives associated with Indigenous Peoples. Neil is also the current Co-Chair of the National Tribal Science Council, a tribal partnership group of the US Environmental Protection Agency.

Dr. Donathan Brown is the inaugural Assistant Provost and Assistant Vice President for Faculty Diversity and Recruitment at the Rochester Institute of Technology, where he leads the Office of Faculty Diversity and Recruitment. In this capacity, Dr. Brown provides institutional leadership for the effective recruitment and advancement of a diverse and excellent faculty body. He places particular emphasis on recruiting historically underrepresented faculty and providing strategic guidance to support retention-related efforts that include professional development, mentoring, academic diversity and equity, work-life policies and other climate issues. In addition, Dr. Brown is a tenured member of the faculty, a former U.S. Fulbright Professor and current US Fulbright Scholar Ambassador.

The series will end with “The Color of Covid” on May 13th, at 5:30 pm, with Dr. Nicole Hylton Patterson and Aaron Mair, Moderated by Prof. Deidre Hill Butler, who will examine vaccine reticence and the history of medical exploitation/experimentation on BIPOC communities, that go beyond Tuskegee and delves into a historiographical examination.

Dr. Nicole “Nicky” Hylton-Patterson is not a diversity trainer. She is a black queer activist scholar and community organizer, who has spent the last 25 years working with marginalized and minoritized communities around the world to seek justice. In her current role as the Inaugural Director for the Adirondack Diversity Initiative, she continues to mobilize and deploy the entirety of her personal, political, and professional experiences. Her mission: To equip communities in the North Country with the tools, strategies, language, and VOICE needed to dismantle systemic racism and structural oppression. Received her undergraduate degree from Mount Holyoke College, multiple master’s degrees from The Chicago School of Professional Psychology and Syracuse University, and a doctoral degree in Women & Gender Studies from the School of Social Transformation at Arizona State University.

Aaron Mair is an epidemiological-spatial analyst, environmentalist with New York State from Albany, New York. Mr. Mair is an Environmental Justice movement pioneer and leader, and 57th national president of the Sierra Club. As an advocate for environmental justice and activist in the Arbor Hill, NY community, he responsible for the creation of the W. Haywood Burns Environmental Education Center and the Arbor Hill Environmental Justice Corporation. He lives in Schenectady, New York and works for the New York State Department of Health. He is a graduate of Binghamton University, where he received a Bachelor of Arts in History and Sociology and a certificate in Southwest Asia and North Africa Studies. Mair also earned a honorary Doctor of Humane Letters for his life’s work in pioneering diversity, equity, and inclusion work in the environmental movement. Mair also trained at Rhode Island’s Naval Education and Training Center and attended The American University in Cairo. He participated in Binghamton University’s Political Science Doctoral Program, but left the program to begin State service in 1988.

Professor Hill Butler’s research areas encompass the sociology of African American Culture and African American women’s representations in society. Her current focus is the role of African American women in contemporary stepfamilies. She has published articles in Afro-Americans in New York Life and History: An Interdisciplinary Journal and The Journal of the Association for Research on Mothering. She is a lifetime member of the Association of Black Women Historians. She is co-teaching a Minerva Online course this fall 2020, Critical Perspectives and Action on Inequality, Power, & Privilege, designed to engage students and colleagues to develop action plans for social justice.