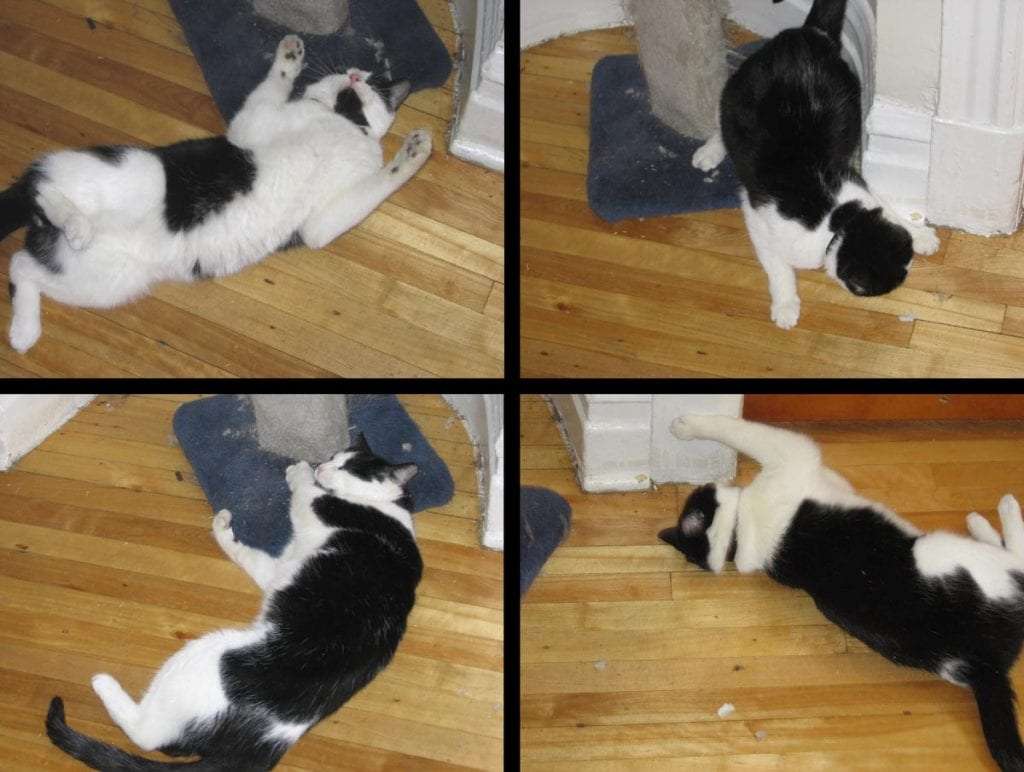 Catnip (Nepeta cataria), a member of the mint family which has marked opioid-like effects on cats, and mild sedative effects on humans. It can be found in many herbal tea blends designed to help with stress or insomnia.

Native to Europe, Africa and Asia, catnip long ago became naturalized in the Americas, and now grows pretty much everywhere except for the Arctic and high elevations. In fact, if you live in the country, you likely have some growing on your land.

Most of us have seen cats high on catnip, or at least seen videos of the antics cats pull after sniffing nepetalactone, the volatile compound in catnip that makes felines feel fine. Of course cat brains don’t respond to drugs like ours do. Most popular drugs act fairly directly on our brains to enhance “feel good” chemicals like dopamine and endorphins. But nepetalactone acts on a cat’s brain through a series of Rube Goldberg-like pathways that stretch from the olfactory bulb to the amygdala and then to the hippocampus, which triggers an endocrine reaction in the pituitary gland to produce a sexual pheromone. In short, catnip feels as good as sex. To cats, anyway.

Roughly 75% of adult cats – domestic and wild – are affected by catnip. They typically roll around, salivate and vocalize for about ten minutes in response to a good catnip toot. From a survival perspective, it seems like a bad idea that most cats willingly get wasted, even for a short time, because it makes them potentially vulnerable for a while, not to mention puts a damper on hunting.

The answer has been in front of us for some time, although it was just recently that all the pieces came together in a controlled study. In August 2001, the results of a catnip study were presented at the annual meeting of the American Chemical Society, the world’s largest scientific society. In truth it was a nepetalactone study, minus the cats, but cool anyway. Iowa State University researchers found that nepetalactone is ten times better than DEET at repelling mosquitoes! Not only is that impressive, it leaves me wondering why haven’t switched from DEET to catnip.

It could be because catnip has relatively low levels of nepetalactone compared to the concentrations used in the study. People were quick to connect the dots and hypothesize that maybe cats roll in catnip to repel insects. Given that we’ve known for twenty years that the plant might help keep the skeeters away from Fluffy, it does seem odd that it took so long to find out for sure.

We already know that to a cat, nepetalactone feels as good as a roll in the hay. Now, a five-year study out of Japan, released in January 2021, proves that a roll in catnip keeps at least half the mosquitoes away as compared to non-catnipped cats. Masao Miyazaki, a biologist with Iwate University, studied domestic cats as well as four species of big cats in zoos, to learn about their degree of attraction to catnip, and to measure their blood levels of “feel-good” chemicals before and after sniffing the plant.

The research team placed sedated cats, some allowed a romp in the catnip beforehand and some not, into chambers full of mosquitoes, and counted the numbers of bites each group received. They proved that cats which roll in catnip not only feel happier, they get far fewer bites than sober cats. Miyazaki’s team also patented a new nepetalactone-based insect repellant, which may have been the point to begin with.

If you have a cat, consider planting catnip in the garden next year – seeds are commercially available, and inexpensive. It can provide tea (and amusement) for you, and mosquito-free, happy feelings for your cat.