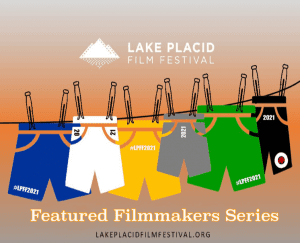 Beginning Wednesday, February 24th at 7 pm, an award winning short film will be streamed online, followed by a live moderated discussions with the film’s director and one of the Festival Luminaries.

Tickets for the series are free, donations will be accepted and will benefit the new Filmmaker Development Seminars hosted at the 2021 Lake Placid Festival, scheduled for October 20-24.

For more information or to register, visit the Lake Placid Film Festival website.