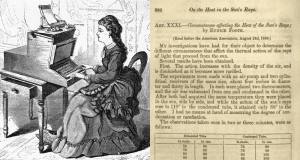 The New York Archives Magazine hosted the presentation on December 8th as part of their Online Speaker Series. It was co-hosted by the Emma Willard School.

The talk can be watched in its entirely on YouTube.