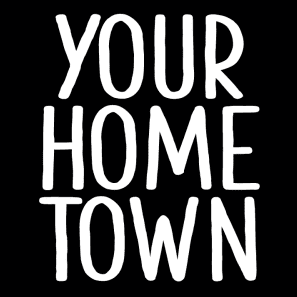 Museum of the City of New York (MCNY), along with producer and historian Kevin Burke, have announced details of a new podcast and live event series, Your Hometown, a show about growing up and how where we’re from shapes who we are.

The first season of the podcast features prominent New Yorkers — representing a range of backgrounds, neighborhoods, and industries — sharing often never-before-heard details of their formative years growing up in and around the five boroughs.

Your Hometown launches on February 2nd with the first of a two-part interview with Darryl “DMC” McDaniels (Hollis, Queens), co-founder of the legendary hip-hop group Run-DMC, and will coincide with a live virtual event featuring a conversation between Burke and McDaniels. Future episodes will be released bi-weekly on www.yourhometown.org and will be available on the Museum’s website and wherever podcasts are available.

Conceived and hosted by Burke, Your Hometown seeks to illuminate and reveal one guest, one hometown, and one coming-of-age story at a time. In the case of NYC, this deep and personalized view allows listeners to gain an understanding of the vastness of human experience in the city.

Kevin Burke is a historian, journalist, and documentary film producer. In addition to serving as the director of research at the Hutchins Center for African & African American Research at Harvard University, he is the founder and CEO of Kevin Burke Productions, Inc., a New-York based company. His film credits include working as a producer on the popular genealogy series Finding Your Roots, now in its seventh season on PBS, The Black Church: This Is Our Story, This is Our Song (PBS, 2021), and Reconstruction: America after the Civil War (PBS, 2019), winner of the Alfred I. duPont-Columbia University Award. With Henry Louis Gates Jr., Burke is the coauthor of And Still I Rise: Black America since MLK (Ecco/HarperCollins, 2015) and co-editor of the Norton Critical Edition of Solomon Northup’s 1853 memoir, Twelve Years a Slave (W. W. Norton & Co., 2016). Burke graduated from Harvard College in 1998 and from Harvard Law School in 2003. He received his master’s degree in History and Ph.D. in the History of American Civilization from Harvard in 2004 and 2006, respectively. A member of the New York State Bar, Burke serves on several boards, including as chair of the Hudson River Valley Greenway Conservancy and president of the Downing Film Center in Newburgh, New York, his hometown. He and his wife Anna live with their two children in New York City. You can follow him on Twitter @Kevin_M_Burke.