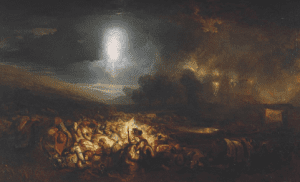 The culture of ancient Rome banned the moving or dividing of corpses. Christians of the third and fourth centuries maintained the desire for proper burial. A call for corporeal integrity runs throughout medieval culture. Bodies intact were ready for the Last Judgment when soul and body were reunited.

Despite these demands, division of the body for religious purposes was frequently undertaken in the thirteenth century as Roman taboos gave way to the Christian cult of relics. By the turn of the century, the practice of cutting up saintly bodies was widespread. The true religion of the Middle-Ages was the worship of relics.

Although the veneration of bones was not a Christian invention, European monasteries and cathedrals became repositories of artefacts that attracted fee-paying pilgrims. Relic-gathering supplied religious houses with a guaranteed income. There are endless tales of strife over the possession of bones, teeth, or skulls in the chronicles of religious institutions.

The fall of Constantinople in 1204 initiated a relic-frenzy. The churches of the East were ransacked and an army of bone-carriers made their way to the West. Mania and madness are never far apart. Churches claimed to have made extraordinary acquisitions, Christ’s breath in a bottle, Mary’s milk, even the tip of Lucifer’s tail.

The modern version of relic mania is souvenir theft. There once was a chase to acquire Cromwell’s skull. There were the vanished bones of Descartes; the removal two of Voltaire’s teeth; the theft of Charlie Chaplin’s body; or the “circus-like atmosphere” after Bonnie and Clyde’s shooting in Louisiana when souvenir hunters cut off locks of hair and tore pieces from Bonnie’s dress. 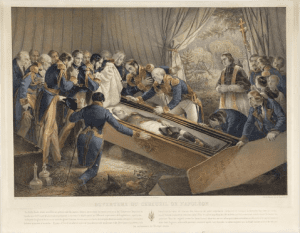 By 1812, Napoleon had started to suffer the first military losses of his career after a ruinous invasion of Russia and the loss of Spain in the Peninsular War. Beaten by a coalition of forces in 1814, he was exiled to the island of Elba, but escaped to France in early 1815, and managed to raise another Grand Army of loyal and experienced soldiers.

The night of June 18th, 1815 was a momentous one. After twenty-three years of war in Europe, Napoleon faced the combined might of allied forces at Waterloo. When the battle was over, the French army was defeated, and 50,000 bodies were left to rot on the field of slaughter.

A young tourist named Newman Smith had undertaken the journey from London to Flanders for health reasons, hoping that the sea trip would improve his weak constitution. Staying in Brussels, he heard rumors of Bonaparte’s surprise advance and engagement at Waterloo. Smith promptly resolved to travel to the scene of battle and arrived there at its immediate aftermath.

Walking among the dead and dying, he picked up a “tolerably good cuirass” from the field, only to be forced by a Brussels gendarme to return it. It is an early account of our obsession with violence and the instruments of torture. Smith published a report of this visit in his Flying Sketches from the Battle of Waterloo, Brussels, Holland Etc., in June 1815 (although the book was not published until 1852).

Waterloo was the final curtain. After his defeat, Napoleon was deported to the Atlantic island of St Helena off the African coast. 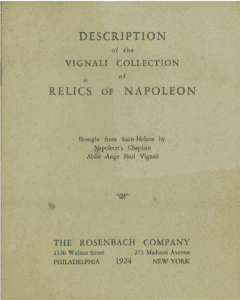 In December 1819, Corsica-born surgeon François Antommarchi left his university post in Florence to sail to St Helena and become personal physician to the exiled Napoleon at Longwood House. The latter died there on May 5th, 1821.

The autopsy was conducted by Antommarchi in the company of seventeen witnesses, including seven English doctors and two of Napoleon’s aides, his manservant Louis-Étienne St Denis (known as Ali) and Abbé (Father) Ange-Paul Vignali of the island’s Sacred Heart Church at Jamestown.

Having removed his stomach, the surgeon then separated the heart at the request of the deceased for it to be given to the Empress Marie-Louise, his estranged wife (although it was never delivered to her). The organs were placed in separate silver vessels filled with wine. In 1825, Antommarchi published an account of Les derniers moments de Napoléon in which he suggested that his patient had died of stomach cancer.

After the autopsy had taken place, the body was closed up, dressed, and remained attended while lying in state. After burial in his chosen spot at Geranium Valley (named the Valley of the Tomb ever since), the trees that lined Napoleon’s grave site were slivered and sold as souvenirs. His body was exhumed and returned to Paris in 1840 where it was interred at the Dôme des Invalides.

Having administered the last rites and conducted the funeral, Vignali had been left alone with the Imperial body at some time of the proceedings. In 1852, St Denis published a memoir in the Revue des Deux Mondes in which he claimed that, without a prick of conscience, the priest had removed (unnamed) bits of Napoleon’s body. It is assumed that this included his penis.

Vignali took his collection of mementos from St Helena to Corsica. After his death in 1828, the penis and other items were passed on to his sister and then to her son. In 1916, descendants of the family sold the collection to London’s prominent antiquarian booksellers Maggs Bros at Berkeley Square, Mayfair.

From Philadelphia to New York 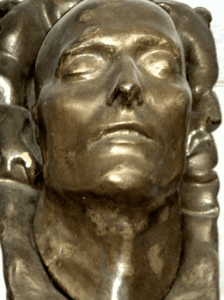 In 1924, the phallus changed hands again when the collection was sold to the flamboyant antiquarian bookseller and collector Abraham [Abe] Rosenbach of Philadelphia who, when in company, took a “Rabelaisian delight” in shocking his audience with penis talk. The proud owner had the phallus enshrined in a blue morocco and velvet box.

That same year, the Rosenbach Company published a complete, twenty page long Description of the Vignali Collection of Relics of Napoleon. The catalogue contains some forty pieces and includes Napoleon’s death mask molded by Antommarchi; the last silver cup (engraved with the Imperial coat of arms) the deceased had drunk from; and a “mummified tendon taken from the ex-Emperor’s body during the postmortem” (item no. 9). The acquisition caused a stir in the United States and was reported in the May 12th, 1924 issue of Time magazine.

The Vignali collection remained in the inventory of the Rosenbach Company until 1947 when it was purchased by the New York lawyer and collector Donald Frizell Hyde, President of both the exclusive Grolier Club of bibliophiles and the Bibliographical Society of America.

Hyde’s widow, herself a renowned book collector who established one of the biggest private collections of eighteenth century literature, handed the collection over to John Fleming (Rosenbach’s successor) who in turn sold it to the New York book and autograph dealer Bruce Gimelson.

Unable to find a buyer, Gimelson consigned the collection for auction at Christie’s in London. When it failed to sell, the tabloids ran the headline, “Not Tonight, Josephine.” In 1977, the dealer offered separate items of the collection for sale at the Drouot Rive Gauche auctions in Paris. On that occasion, the penis was purchased by a resident of Englewood, New Jersey. 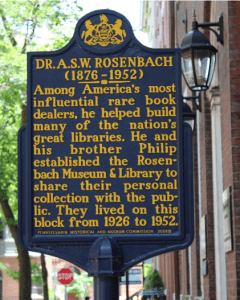 John Kingsley Lattimer was a prominent physician and Professor emeritus at Columbia University who had been employed as an attending urologist to Nazi prisoners at the Nuremberg trials. He worked on the autopsy of John F. Kennedy and possessed a piece of upholstery from the President’s limousine in Dallas.

The relic has remained in the family collection ever since and is kept away from public gaze. Only once has the original Vignali collection been exhibited in its totality. Abraham Rosenbach, who was known amongst Parisian booksellers as “Le Napoléon des Livres” and always keen on a publicity stunt, exhibited his acquisition in 1927 at the Museum of French Art at 599 Fifth Avenue, Manhattan.

With giggles of amused embarrassment, many visitors peered into a glass case at Napoleon’s withered penis. For others it was a sobering experience. The phallus of power had shriveled into a worm of oblivion.

Illustrations, from above: J.M.W. Turner, The Field of Waterloo, exhibited 1818 (Tate, London); The opening of Napoleon’s casket on St Helena in October 1840 by Nicolas-Eustache Maurin; Rosenbach Company, A Description of the Vignali Collection of Relics of Napoleon, 1924; Napoleon’s death mask; and Delancey Place, Philadelphia, home to the Rosenbach brothers.