Traditionally, liberty has been portrayed as a woman. The Roman Republic built a temple to Libertas, the Goddess of Liberty. The figure of Britannia was the embodiment of British Isles. Initially, America honored Miss Columbia as its Goddess of Freedom. Her authority declined during the 1920s as she was replaced by Lady Liberty as the nation’s iconic symbol.

Over time, Britannia developed from an allegorical figure of monarchical pride into a goddess of power and ascendancy. Her association with Empire were encapsulated in the “Rule Britannia” phraseology. From the Victorian era onward, Britannia stood for national superiority and colonial submission represented by the warrior attributes of crested helmet, spear, and shield. Conceived as an emblem of friendship between the peoples of France and America and the socio-political ideals they shared, Lady Liberty came to be honored as the Mother of Exiles offering refuge from tyranny and freedom from oppression. Her torch symbolized enlightenment.

Britannia and Lady Liberty represent different historical values – but what do they have in common? The familiar images of both women feature in a narrative of migration. 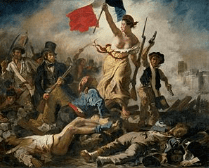 The Royal Mint at the Tower of London is a government department with responsibility for the provision of coinage. A major contribution to the Mint’s early history was made by the Roettiers dynasty of goldsmiths, engravers, and medalists. For two centuries members of this Catholic Antwerp family served the kings of England, Spain, and France.

John [Jan] Roettiers was the family’s most important representative in London, being described in 1678 by diarist John Evelyn as an engraver who ‘emulates even the ancients in both metal and stone’. His most elaborate medal “Felicitas Britanniae, or The Restoration of Charles II” was struck in 1660 and shows a bust of the king (obverse), and (reverse) Britannia seated beneath a cliff, receiving an olive branch from Charles.

From the time of Elizabeth I onward, Britannia featured in drama and poetry as the nation’s female personification, symbolizing its maritime might. The image of Britannia was mixed with that of Boudicca, the patriotic woman who took on the Romans. Until decimalization in 1971, Britannia was never absent from the nation’s coinage.

Model for her “modern” persona was Frances Teresa Stuart, Duchess of Richmond and Lennox. A prominent member of the Royal Court during the Restoration, she was brought up in France, came to England with her mother, and was appointed maid of honor to Catherine of Braganza. She famously refused to become Charles II’s mistress.

For her great beauty she was known as “La Belle Stuart.” Her portrait was engraved by Philip Roettiers (John’s father). Britannia was created by an immigrant Flemish artist.

Sculptor Frédéric-Auguste Bartholdi made his debut at the Salon of 1853 in Paris. Having traveled to Egypt in 1855/6, he developed in interest in large-scale structures. His 1869 design for a lighthouse (shaped as a draped figure holding a torch) at the entrance of the newly completed Suez Canal was rejected because of costs.

His career was interrupted by the 1870 Franco-Prussian War, a conflict in which France lost control of Alsace, the region that included Bartholdi’s birthplace. Outraged by this takeover, he became an advocate of (American) political self-determination. Soon after the establishment of the Third Republic, the idea began to circulate of erecting a memorial that would symbolism the fraternal union of France and the United States. Bartholdi supported the plan.

In 1871 he traveled to New York to unveil a blueprint for the creation of a statue to celebrate the centennial of independence. Three years later the Franco-American Union was founded to finance the project by means of a national lottery. Having raised more than one million francs, Bartholdi was awarded a design patent for Liberty Enlightening the World, better known as the Statue of Liberty. American money would cover the cost and construction of the statue’s huge pedestal as conceived by Richard Morris Hunt.

French craftsmen began constructing the statue under Bartholdi’s supervision. The arm holding the torch was completed in 1876 and shown at the Centennial Exposition in Philadelphia. The head and shoulders were completed in 1878 and displayed at the Paris Universal Exposition. 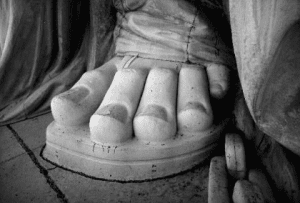 Leading architect Eugène Viollet-le-Duc was commissioned to erect the internal structure of the statue, but he died suddenly in 1879. Alexandre-Gustave Eiffel, a French structural engineer of German descent, was hired to replace him. Eiffel would later be commissioned to execute plans for the construction of a giant iron tower to mark the 1889 World Exhibition. Ever since, his name has been linked to Lady Liberty in New York and the Iron Lady of Paris, two architectural achievements that mark our modern cityscape.

Starting in Paris in 1881, it took three years to put together the entire structure. On 4 July 1884, the copper and iron statue was formally handed over to Levi P. Morton, the American Minister to France, and celebrated with a grand banquet. It was subsequently disassembled into 350 pieces, packed in 214 crates, and shipped from Rouen to New York aboard the frigate Isère.

In October 1886, the statue was officially presented as a joint gift of the French and American people and installed on Bedloe’s Island in New York Harbor (renamed Liberty Island in 1956). More than a million people turned out in the drizzle to attend the ceremony led by President Grover Cleveland. 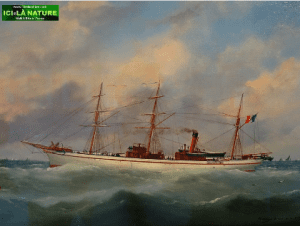 Since the French Revolution, Marianne has personified the Republic’s ideals of Liberty, Equality and Fraternity, championing freedom against oppression. Commemorating the July Revolution of 1830, Eugène Delacroix’s La Liberté guidant le peuple depicts her holding the tricolor in one hand and a bayonet in the other.

Liberty is a Lady – but in various stages of age she personified differing virtues. For Delacroix she stood in the vanguard of the struggle against state tyranny. She is fiery and inspirational. Later in the century, after much bloodshed, Liberty is presented as a solemn and nurturing figure, the dignified torchbearer of French values. Having experienced violent upheaval in his time, Bartholdi continued that tradition by sculpting a monument that combines hope and nobility. 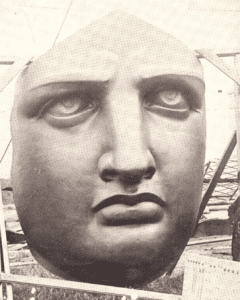 Guesswork began almost immediately after installation of the statue. Who was the august woman on which Liberty was modeled? Assumptions were made that the artist’s mother was in his mind’s eye when he sculpted her facial features. Having lost his father at a young age, he had always been close to her. But speculation persisted about the involvement of a more intriguing woman.

Isabella-Eugénie Boyer was born on 17 December 1841 in Paris to Louis-Noël Boyer, an African-born French confectioner and his English wife Pamela Lockwood. The latter ran a boarding house in Paris which was visited by New York-born Isaac Merritt Singer, the wealthy founder of the Singer Sewing Machine Company.

Singer became besotted by young Isabella-Eugénie who, at the time, was married to a man named Summerville. He seduced her. Having divorced her husband and pregnant, she settled at Singer’s New York mansion on Fifth Avenue. Thirty years her senior, he was a notorious bigamist and father of a large number of children. 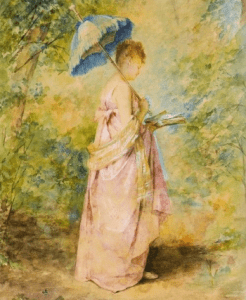 After the American Civil War the family moved to Paris. Under threat of the Franco-Prussian War, they relocated to London first, before making their home in the 115-room Oldway Mansion at Paignton, built for them in the style of Versailles Palace on the Devon coast. Singer died in July 1875, leaving Isabella and her six children a colossal fortune. Free from his uncouth presence and a woman of great beauty, she moved the family to Paris and met Bartholdi in Luxembourg in 1878. Their affair set rumors rolling.

Did the statue’s face resemble that of Isabella? Did Bartholdi fall for her charms and turn Lady Liberty into a woman of Anglo-French-African descent? All this may be merely legend, but the idea is both inspiring and uplifting.

Watching over its harbor, New York’s torch-bearing “mighty woman” (in the words on the pedestal of the 1883 sonnet “The New Colossus” by Emma Lazarus, herself of German-Polish Jewish descent), has been a beacon of hope for millions of immigrants and a reminder of the gravitas of duty to those in High Office.