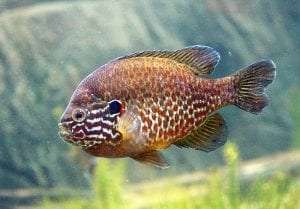 New York State Department of Environmental Conservation (DEC) has announced the release of a draft Sunfish and Crappie Management Plan for public review and comment.

The draft plan is available on DEC’s website and public comments will be accepted through February 15th, 2021.

In the draft plan, fishery managers propose management objectives after considering both the current science on sunfish (bluegill, pumpkinseed, and redbreast) and crappie management and the opinions of New York anglers.

DEC says that results from an online angler survey (PDF) indicate support for more conservative sunfish fishing regulations. They interpret recent research on the impacts of sunfish and crappie harvest regulations as indicating that lowering daily harvest limits or increasing minimum size limits can result in improvements to population size structure, which is likely to improve fishing quality and sustainability for these species.

Elements of the draft plan, in a list provided by DEC, include:

Comments on the draft plan should be submitted via e-mail to fishplans@dec.ny.gov or via mail to Jeff Loukmas, NYSDEC, 625 Broadway, Albany, NY 12233-4753; include the subject line “Sunfish and Crappie Management Plan.” Comments will be accepted through February 15th, 2021.