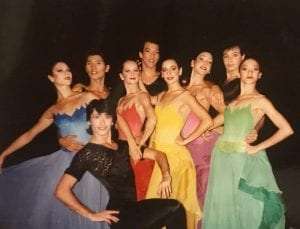 The Watch Party Series will feature performances from Ballet Hispánico’s past, followed by live Q&A sessions with Artistic Director and CEO of Ballet Hispánico Eduardo Vilaro, choreographers and Company and alumni dancers. Each of the pieces feature Vilaro himself, during his years as a dancer with the Company.

February 10th will feature Café America by George Faison, including post-event conversation with the choreographer himself, at 7 pm.

Choreographer Alberto Alonso brings the spirit of Cuba to life in ¡Si Señor! ¡Es Mi Son! (1994). Elaborately costumed dancers make their way across the stage in a carnival style procession eventually breaking off in pairs, their movement intertwined with the Afro-Cuban rhythms of Gloria Estefan’s music from her album, Mi Tierra.