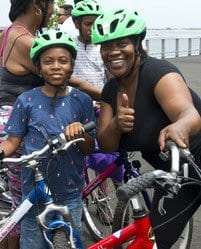 State Parks has released a draft plan on future development of the statewide system of non-motorized multi-use trails, also known as greenway trails.

Currently, the state has 2,300 miles of such trails, which are often converted from former rail beds or canal paths. Data collected for the plan identified another 225 miles of planned trails in the works, with more than 850 additional miles identified as suitable locations for future trails.

Open for public review, the plan calls for development and expansion of such trails into under served and moderate- to low-income communities, as well as filling in gaps so trails are better connected together.

Other draft recommendations include promotion of the greenways as a destination for tourism, healthy recreation, and active lifestyles; and seeking additional funding opportunities to support future trail creation.

A copy of the plan can be found online at: Statewide Greenways Plan 2020 Draft, GEIS, with public comment being accepted until January 19th, 2021. Comments should be submitted to StatewideTrailsPlan@parks.ny.gov.