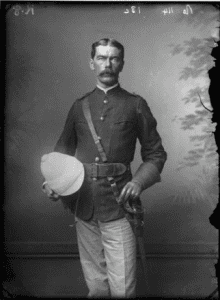 His daughter Louise was an opera singer who toured with Franz Liszt on his London visit in 1840/1. Her brother Alessandro became a high society photographer with a studio in Regent Street. His portrait of Horatio Kitchener was used during the First World War for an iconic recruitment poster. 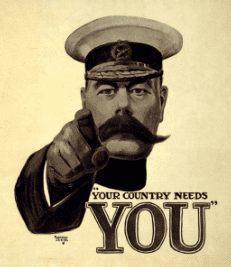 When Bassano retired around 1903, his studio was relaunched as Bassano Ltd, Royal Photographers. His successors were responsible for a delightful photograph of singer and dancer Florence Mills, appearing on August 1st, 1923 in Dover Street to Dixie at the London Pavilion on Shaftesbury Avenue.

Producer Lew Leslie was born Lew Lessinsky in April 1888 in Orangeburg, in Rockland County, into a family of Russian-Jewish immigrants. Having started his career in vaudeville, he would become the main Broadway presenter of African American entertainment in the 1920s, introducing Ethel Waters, Bill Robinson, and many other black performers. Leslie also ran the Plantation Club, Manhattan, where he staged the Plantation Revue which, in 1922, introduced and starred Florence Mills. 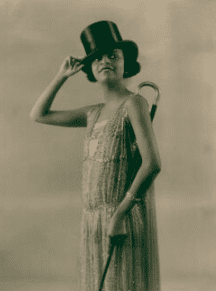 Born into poverty in 1896 in Washington D.C. to former slaves, “Baby Florence” was the seventh of eight children. After the family had moved to Harlem, teenage Florence and two sisters created their own vaudeville act. The Mills Sisters toured the circuit of clubs along the East Coast.

Having joined a traveling black revue in 1916, Florence met her lifelong partner Ulysses “Slow Kid” Thompson (known for his “rubber legs”
tap dancing), and auditioned for the lead in the musical comedy Shuffle Along. This frail figure burst into an exhibition of delicate song, uninhibited dance, and comic flair.

Making her debut in 1921, the “Shuffle” was Broadway’s first production to be entirely written and performed by African Americans. The show broke both box offices and racial barriers. It helped unleash outburst of black artistic activity (now referred to as the Harlem Renaissance).

Her performance turned Mills into an overnight success and earned her the nickname “Queen of Happiness.” It prompted Lew Leslie to produce revues to showcase her exuberant talent.

When, after 504 performances, the show closed to hit the road, Mills decided to stay in New York as part of the Plantation Revue, a display that drew white audiences to an entirely black-themed work. Following a successful stint on Broadway, Lew Leslie announced that the revue was to transfer to London’s West End.

On May 31, 1923, Dover Street to Dixie opened at the London Pavilion. It was a show of two halves, the first part set in Dover Street London (with an all British cast), and the second located on an American plantation (with Florence Mills as leading character). The opening night was met with a hostile reception. Noisy demonstrations were held in and outside the theater. What caused this commotion? 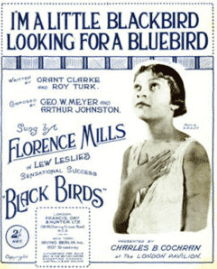 In 1921, the British Musicians’ Union was formed in a time of increasing economic problems. More specifically, musicians were losing their jobs with the emergence of “talkies” as cinemas dismissed their orchestras. The issue of non-British workers was high on the agenda. The Trade Union Congress (TUC) called for a restriction of immigration. Musicians loudly expressed a long-smouldering resentment against foreign (German and Austrian) dominance of their profession.

The craze for jazz and modern dance led audiences to demand appearances by American bands and soloists. The Union lobbied the authorities to refuse work permits to outsiders. It was feared that the importation of “alien” performers would increase unemployment under British musicians. The news that Lew Leslie’s all-black cast was going to perform in London was received with outrage.

The show must and did go on for a total of 108 performances. On opening night, at the start of the Plantation scene, there was hissing from the gallery. Such was Mill’s professionalism that she soon mesmerized those present and stole their hearts. She received rapturous applause at the end of the show. Florence became a favorite with London audiences. 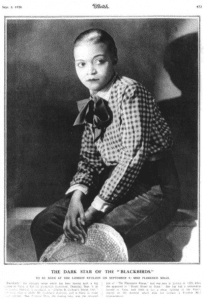 Returning to New York, Mills joined the all-black cast of Dixie to Broadway in 1924. The show ran for a year after which Lew Leslie cast her as the lead in the Blackbirds revue, starring alongside Bill “Bojangles” Robinson.

Before that, Florence made a notable appearance at New York’s Aeolian Hall, singing four pieces written for her by the African American classical composer William Grant Still, and conducted by Eugene Goossens, in front of an audience that included Toscanini and Gershwin.

In 1926 the Blackbird revue enjoyed a successful six-week run at Harlem’s Alhambra Theatre, before the producers decided to take the show to the Café des Ambassadeurs on Avenue Gabriel, Paris, a newly renovated and highly sophisticated theater-restaurant (made famous in paintings by Edgar Degas, Toulouse de Lautrec, and others). It was here, according to legend, that Mills made her first appearance by emerging out of a birthday cake carried onstage.

After Paris, the revue took London by storm when it opened in September 1926 at the London Pavilion where Mills starred in more than 250 performances. The Prince of Wales was said to have seen the show more than sixteen times. Florence’s “ripping” presence caused Blackbird mania in the capital. Theme parties were organized and performers were invited to socialize with high society. Mills, affectionately known as “Little Twinks,” was London’s very own Josephine Baker. 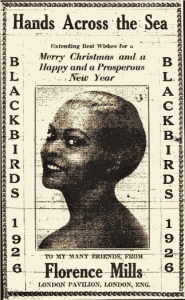 During her stay, Florence was hailed for her charitable activities, visiting children’s hospitals, and distributing money to the homeless on Thames Embankment. She spoke out on racial issues and promoted the NAACP (National Association for the Advancement of Colored People).

During the relentless schedule of her English tour (two shows a day plus matinees) she fell ill. After a brief rest cure in Baden-Baden, she returned to New York to undergo surgery for appendicitis. Florence died on November 1, 1927, aged just thirty-one. Mourners flocked to Harlem to view her coffin and attended the funeral service; some 150,000 admirers lined the streets to say their final farewell. Duke Ellington dedicated his signature tune “Black Beauty” to her memory. 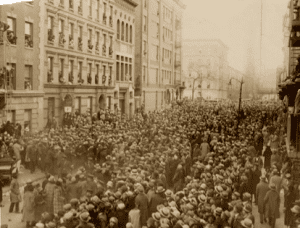 The word “ground-breaking” is used so often that, in the currency of language, it has lost value. Florence made her triumphant entry into London in 1922. How did her sudden mass popularity shift public awareness?

In 1869 Francis Galton, the “Father of Eugenics,” published Hereditary Genius in which he claimed that ancient Athenians may have been more intelligent than modern Brits, but that the English were far superior to Africans. It was the nation’s mission to enlighten Africa. Galton’s observations had lost none of their impact by the 1920s.

In 1922 construction started in Wembley, on the outskirts of north London, in preparation of the “biggest fair Britain had ever known.” The British Empire Exhibition opened two years later, celebrating the nation’s prominent place in the world as a colonial powerhouse.

The African section consisted of little more than a few mud huts in the shape of a human zoo where craftsmen and bare-breasted women from the Gold Coast, Sierra Leone, and Nigeria were put on display. The set-up confirmed perceived white superiority and the unequal pace in the evolution of mankind. 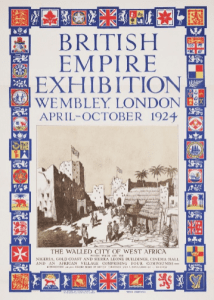 That same year Frederick Lugard, Nigeria’s Governor-General from 1914 to 1919, published The Dual Mandate in British Tropical Africa in which he argued that in order to remain a global power, Britain needed to keep hold of its colonies. Its presence was a blessing as the African mind was inferior to that of the European, exhibiting the “animal’s placidity and want of desire to rise beyond the state he has reached.” African virtues and defects, he concluded, are those of “attractive children.”

Such racial profiling made an impact on the nation’s types of entertainment, from minstrel shows to collections of “coon songs” and other racist tunes that often included sing-along choruses to endorse a set of biased labels: lazy, happy, childlike, and dim-witted.

And suddenly, in the midst of all this, there arrived a bright black lady whose generation had gained a positive sense of self and group identity through creative engagement. To Florence and her fellow performers, the stage was a platform for liberation, a podium to stifle stereotypes.

British diplomacy may have been stuck at the intellectual level of blackface minstrelsy, Florence Mills sang and danced and conquered white audiences by waking them out of the slumber of preconceived ideas. Such is the unfettered power of art and theater.