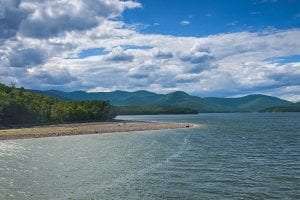 The Draft Environmental Impact Statement (DEIS) and proposed modification to New York City Department of Environmental Protection’s permit for water releases from the Ashokan Reservoir is hoped to continue progress reducing turbidity in the reservoir and other connected waterbodies, including Esopus Creek.

The draft State Pollutant Discharge Elimination System (SPDES) permit modification and DEIS were written to codify and fulfill requirements in a 2013 Order on Consent between New York City and New York State. Since the consent order was issued, DEC and the New York City Department of Environmental Protection have been working with the Ashokan Reservoir Working Group, which is made up of local municipal officials, environmental groups, community residents, and other stakeholders to share information and input during the development of the DEIS and the draft permit.

The DEIS and draft permit incorporate turbidity control measures, including operation of the Ashokan Reservoir in accordance with the Revised Ashokan Release Protocol, that are hoped will help improve water quality, protect critical fish and wildlife habitat in the Ashokan and downstream communities, and continue to provide reliable and clean drinking water. The documents can be found on DEC’s website.

DEC is accepting public comments on the DEIS and draft permit modification for 90 days until Mar. 16, 2021. In addition, DEC is hosting a virtual public meeting on Feb. 4, 2021. For more information on how to participate in the hearing, and to submit comments please go to DEC’s website.