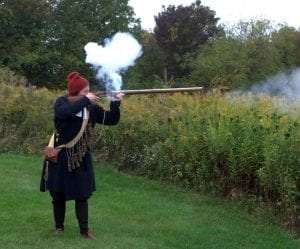 From René-Robert Cavelier, Sieur de La Salle to Captain Pierre Pouchot, the French had a significant presence on the Niagara River for almost one hundred years from 1669 to 1759.

The first documented visit by Frenchmen to the site of Fort Niagara was in 1669. The French surrendered Fort Niagara to the British in July 1759 after a 19-day siege. In between, hundreds of French soldiers, traders, missionaries, diplomats and explorers visited or lived in the area.

Today, the French legacy lives on in the Niagara Region. Old Fort Niagara’s French Castle is the oldest building on the Great Lakes and was built by the French in 1726. Place names like the LaSalle section of Niagara Falls reflect Niagara’s early French heritage.

About 15 learning stations are being set up around the fort where reenactors will demonstrate musket and artillery firing, the fur trade, fife and drum music, women’s fashions of 18th century New France, blacksmithing, surveying and other activities common at Fort Niagara during the mid-18th century.

Programs will be presented in English and are geared toward social studies students and home schoolers. For French language students, there will also be bi-lingual activities. Educational pre-visit materials are available to teachers, parents and students on Old Fort Niagara’s website. 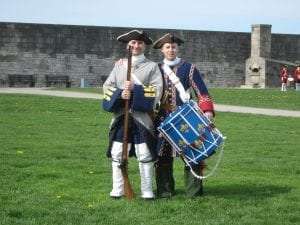 Tickets are available at the door.  Old Fort Niagara is located at 102 Morrow Plaza, Youngstown. More information is available on their website.