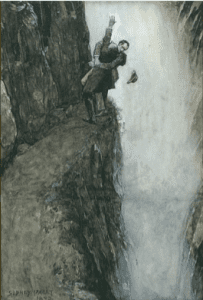 In his stories Arthur Conan Doyle used the leitmotif that misdeeds are not impulsive acts of random individuals. They are machinations of a subtle criminal mind. Enter Professor James Moriarty, a figure with a phenomenal mathematical brain whose hereditary criminal tendencies were rendered deadly by his mental powers.

Having first appeared in the tale of “The Final Problem” (published in the Strand magazine of December 1893), the author’s original motive in creating Moriarty was his intention to “finally” kill Holmes off as he felt that Sherlock distracted his attention from more serious literary undertakings. Public pressure (and financial problems) forced the author to resurrect the sleuth and his arch-enemy in The Valley of Fear.

Although the evil genius only appears in two of the sixty Holmes tales, such was the impact of the stories (and the prints produced by Conan Doyle’s illustrator Sidney Paget) that an impression took hold of Moriarty as Sherlock’s nemesis.

The creation of the super villain character was inspired by sensational news of the arrest in 1893 of a master thief who had left a trail of robberies in New York, Boston, London, Paris, and Liège. 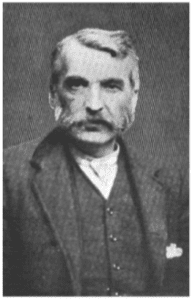 The year 1865 marked the end of the Civil War. In subsequent crime waves, brutality moved from battlefields to city streets. New York recorded 53,000 felonies that year. Many jobless soldiers joined the criminal fraternity.

Born in 1844 into a Jewish family in eastern Germany, Adam Worth [Wirth] was five years old when his family moved to Cambridge, Massachusetts, where his father took up work as a tailor. Adam grew up in the backstreets of the city. In 1854 he ran away from home, moved to Boston, and from there to New York.

When the Civil War broke out, he enlisted in the Union Army and was wounded. After erroneously being reported killed in the Second Battle of Bull Run (1862), he began to enlist into various regiments under assumed names, received his fee, and then deserted.

After the war he joined a gang of pickpockets. Arrested and sentenced to three years in Sing Sing Prison, he managed to escape and make his way up in the hierarchy of organized crime. He became New York’s most notorious bank robber. Key to success was his partnership with Charles Bullard. Known as Piano Charley, the latter was a skilled musician and expert safe-breaker.

In November 1869, Worth and Bullard robbed Boston’s Boylston National Bank, escaping with an estimated $200,000. The scale of investigation forced them to seek refuge from the police. Having assumed the name Henry Judson Raymond, Worth sailed to Liverpool in the company of Bullard who traveled under the alias of Charles Wells.

After debarkation, the two men entered the Washington Hotel on St George’s Place, Liverpool, demanding the best rooms available. Henry Raymond, merchant banker, and Charles Wells, businessman, settled at the bar to toast their safe arrival in Europe. Serving them was a pretty seventeen-year-old by the name of Kitty Flynn. Born in Dublin, raised in poverty, she had left home at fifteen, determined to succeed.

Both men courted Kitty and they formed a ménage à trois, which remained the case even after she had married Charles Bullard (with Worth as best man). She would later discover that her husband was a bigamist with a family in America. While Kitty and Charles enjoyed a short honeymoon, Worth robbed Liverpool’s largest pawnshop of its contents. In the end, the city started to depress them. They were craving for style, excitement, and richer targets. 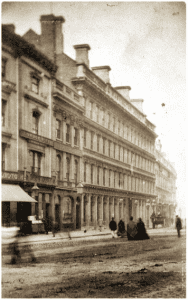 The trio crossed the English Channel at the end of June 1871 and made their way to Paris. Ruined by the Franco-Prussian War and traumatized by the Paris Commune, they entered a devastated city that still maintained some of its old grandeur and splendor. Perfect circumstances to plan fresh criminal undertakings.

Having purchased a spacious building at 2 Rue Scribe, near the Opéra, they dedicated themselves to hospitality by creating the first American-style nightclub in the city. Named the American Bar, the premises were refurbished at great expense with oil paintings and mirrors. American bartenders were hired to mix cocktails in the New York manner. The lower floors of the establishment were organized as an exclusive clubhouse where American drinks were served and the latest U.S. newspaper editions supplied. Expatriates used the house as a mailing address.

The upper floors had a different character altogether. Worth and Bullard set up an illegal gambling den, supervised by Kitty, and ran by American croupiers and baccarat experts. The beauty and charm of the hostess attracted numerous prominent guests; the large amounts of money changing hands drew big gamblers and villains from wide and afar. It also alerted the police to the fact that the American Bar was a meeting place for members of the international underworld.

The taste of success turned sour in the winter of 1873 when, out of the blue, the American scourge of criminals entered the establishment and ordered a drink. Detective William Pinkerton had built a reputation for his pursuit of criminals who disturbed life after the Civil War. The Pinkerton Agency was an international force. Soon after his arrival, the trio closed the bar and returned to England. 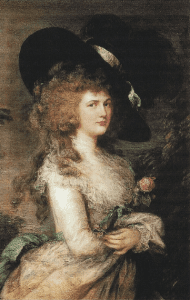 In London, Worth transformed himself into an English gentleman with an apartment in Mayfair, a yacht, and racehorses, whilst running a crime syndicate in association with Bullard. His heists were perfectly planned and bloodless. Never leaving incriminating evidence, he drove Scotland Yard to distraction. Because of his reputation, Adam was given the nickname “Napoleon of Crime.”

Between 1785 and 1787, Thomas Gainsborough painted a full length portrait of Georgiana Spencer Cavendish, Duchess of Devonshire, a young socialite at the heart of fashionable society (she was an ancestor of Diana, Princess of Wales). For reasons unknown, the painting was lost from Chatsworth House, her stately home.

In 1830s the portrait was owned by Anne Maginnis, an elderly schoolmistress, who had the size of the painting cut down in order to fit it over her fireplace. Sold cheaply in 1841 to the dealer John Bentley, it was acquired by silk dealer and art collector Wynne Ellis. After his death, Bond Street gallery owner William Agnew bought the painting for 10,000 guineas at Christie’s auction of the late owner’s collection, the highest price ever paid for a work of art up until that time.

Agnew agreed to sell the painting to London-based American banker Junius Morgan who wanted to surprise his son John Pierpont “J. P.” Morgan with a present. Dealer and financier agreed an eye-watering price of $50,000. On May 25th, 1876, the painting was cut from its frame by Adam Worth, leaving no evidence to connect him to the theft. 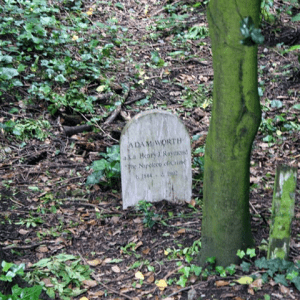 For the next twenty-five years Adam would hold on to his beloved Duchess. She lived with him in his flat and when he traveled the portrait was hidden in the false bottom of his trunk. He eventually brought her to the United States.

In 1893, Adam Worth visited Belgium where Bullard had been imprisoned. He himself was arrested for a robbery in Liège and spent five years in jail there. With his money running out, he negotiated a return of the Duchess’s portrait to William Agnew’s son. Painting and payment were exchanged in Chicago in March 1901.

A couple of months later the painting was offered for sale in London where it was obtained by J.P. Morgan for (as he claimed) $150,000. Worth died a year later in London, penniless, and was buried in a pauper’s grave at Highgate. Auctioned at Sotheby’s in 1994, the portrait was snapped up by the 11th Duke of Devonshire. After more than 200 years of drifting, Georgina returned to Chatsworth. 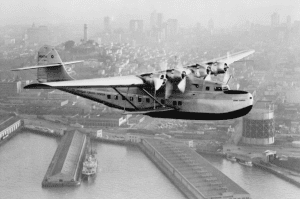 What, in the meantime, had happened to Kitty Flynn? Bullard’s alcoholism troubled her marriage. When his bigamy was finally exposed, she divorced him and took her two daughters to New York. Once there, she opened a boarding house for wealthy gentlemen, decorating the place with chandeliers and gaming tables brought over from the American Bar in Paris.

When she learned that Adam Worth had been arrested, she forwarded money to help pay for his defense. His conviction must have saddened her, but Kitty quickly and stylishly adapted to her new upper crust social life. 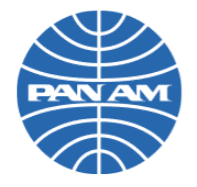 On July 9th, 1939 an amphibious plane on its way from New York to Southampton made a scheduled stop at Foynes, on the river Shannon. Pan American Airlines made history for this, the first passenger flight across the North Atlantic. Founder of Pan-Am was Juan Terry Trippe, Kitty Flynn’s grandson.

Illustrations, from above: Sydney Paget’s image of the struggle between Sherlock Holmes and Professor Moriarty; Adam Worth at the time of his arrest; Kitty Flynn; The Washington Hotel, Liverpool, in 1865; Portrait of Georgiana Duchess of Devonshire, 1785/7 by Thomas Gainsborough; Adam Worth’s grave in Highgate Cemetery; Pan-Am’s clipper service.